Are you carrying out scientific research, documenting your experiments or simply capturing changes in society and culture for scientific purposes? Send your photos to the Institute De Republica, which is creating a database of scientific and documentary photography of Polish science. 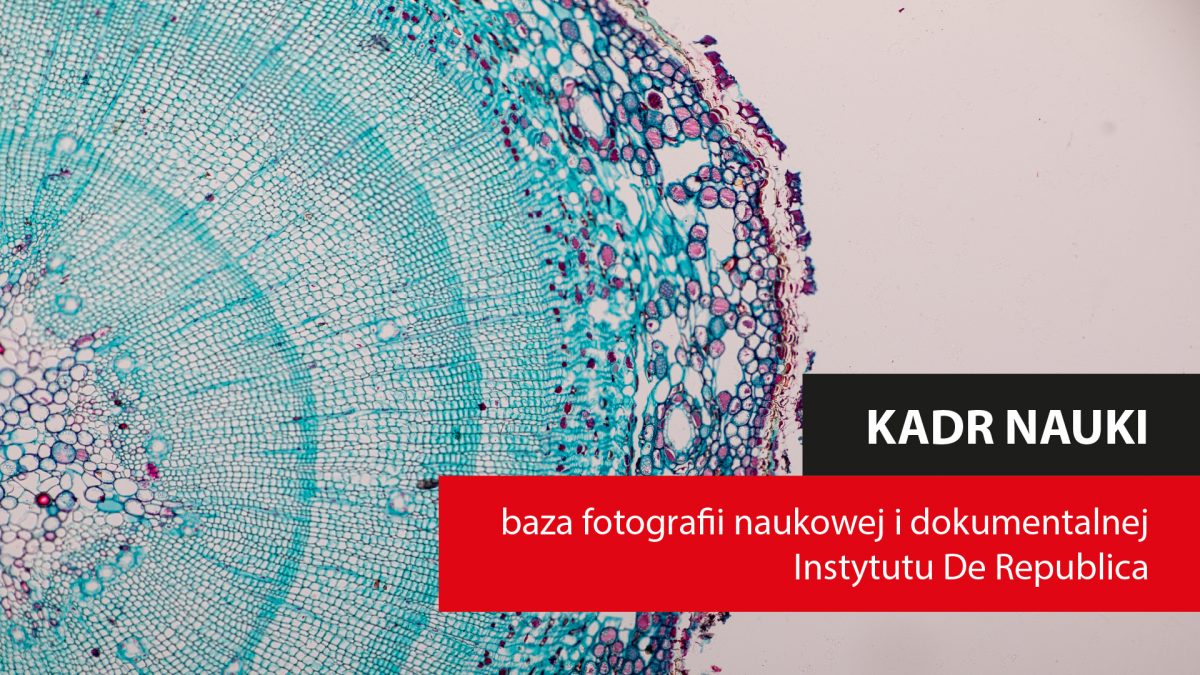 Photography has always supported scientific activities – especially the sciences, but also the humanities and social sciences. The first use of photographs for research purposes took place shortly after the launch of the daguerreotype by Joseph Nicéphore Niépce and Louis Jacques Daguerre. Over time, photography became a tool and then an officially recognised research method. It has been useful in physics, astronomy, chemistry, zoology, botany or ethnology, among others, as an excellent way of capturing the elements under study – especially perishable elements such as culture or organic materials. Photography was not only used to document experiments, but also to commemorate important events. As early as the first half of the 19th century, photographers were capturing the Crimean War, the American Civil War, or exploratory expeditions documenting distant and unexplored places. At the end of the 19th century, social changes occurring around the world also began to be recorded by means of photographs. One of the first “photojournalists” was Jacob August Riis, who with his photographs wanted to raise awareness of the humiliating conditions in which the poor (mainly immigrants) lived in New York at the turn of the 20th century and to change the indifferent attitude shown towards them by the richer society.

Scientific and documentary photography are among the more developed branches of photography nowadays. Scientific research, documenting achievements and experiments, as well as cultural, social or political problems are supported by images.

The Institute De Republica’s “The Frame of Science” project is a space where photography and art meet science. Its aim is to encourage the creation and sharing of creativity depicting the world of science. The photographs collected in the project – showing, among other things, objects and effects of research, experiments, scientists at work or research equipment and phenomena occurring in society – will contribute to the promotion of science, the work of scientists and the effects of scientific research. This will be achieved through artistic representations of scientific phenomena that will attract the audience’s attention and encourage them to learn about the story behind the photographs.

– Photography allows us to notice what is often beyond the range of vision of the human eye, broadens our perspective and allows us to discover other people and other cultures. The task of scientific or documentary photography is, above all, to record the state of the phenomenon under investigation at a particular moment in time. This concerns not only the sciences, but also the humanities and social sciences. We want the scientific atelier of the Institute De Republica to become a place where it will be possible to become acquainted with the work of Polish scientists, to view phenomena in society and culture through photography or to record historical events important for the country and the world for future generations. We are looking for photographs that present not only the achievements of scientists, but also those that accurately represent the world and may inform the audience about the hidden corners of contemporary life, or even become part of history, says dr hab. Bogumił Szmulik, university professor, the Director of the Institute De Republica.

The project aiming to create a database of scientific photography at the Institute De Republica is an attempt to collect in one place the best photographs with descriptions (metadata) of the work of Polish scientists.

“The Frame of Science” is addressed to people who are close to the idea of promoting and disseminating science in the modern world. Everyone is invited to cooperate, especially Polish scientists working and operating both in Poland and abroad.

Those wishing to share their work, and thus popularise Polish science, are asked to send their materials (photographs with descriptions) to the following address: media@iderepublica.pl  Selected photographs will be placed on the website of the Institute De Republica. In the framework of the project, an exhibition of photographs and a publication in the form of an album are planned.