In May 2021, the European Parliament, the Council of the EU and the European Commission launched a discussion forum entitled the “Conference on the Future of Europe”. This forum is open to everyone and its creators intend it to be, among other things, a platform for exchanging visions on the future shape of the European Union.

The scientific monograph “Unia Europejska wobec wyzwań współczesności” (The European Union in the face of contemporary challenges), which is conceived as the first in a series of scientific studies dealing with European issues, is intended as an introduction to the attempt to find answers to fundamental questions, ranging from those concerning the directions and shape of further integration, methods of preserving the sovereignty of the Member States, equality of all members of the EU, appreciation and cultivation of differences and traditions of the nation states, to those resulting from currently observed social, political and economic processes. 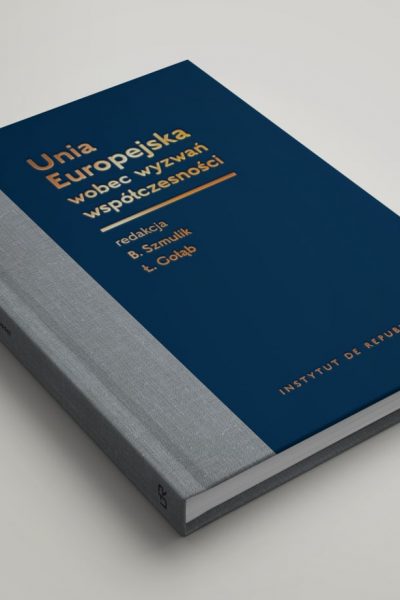