We encourage you to read the biography of Numa J. Łepkowski – the November Uprising insurgent, emigrant to America, outstanding guitarist, composer and teacher of guitar playing in New York. The text was written by Dr Adam Cedro as part of the project “Forgotten Polish Romantics”, which aims to recall a dozen or so less known, somewhat forgotten figures of Polish culture and science of the 19th century. 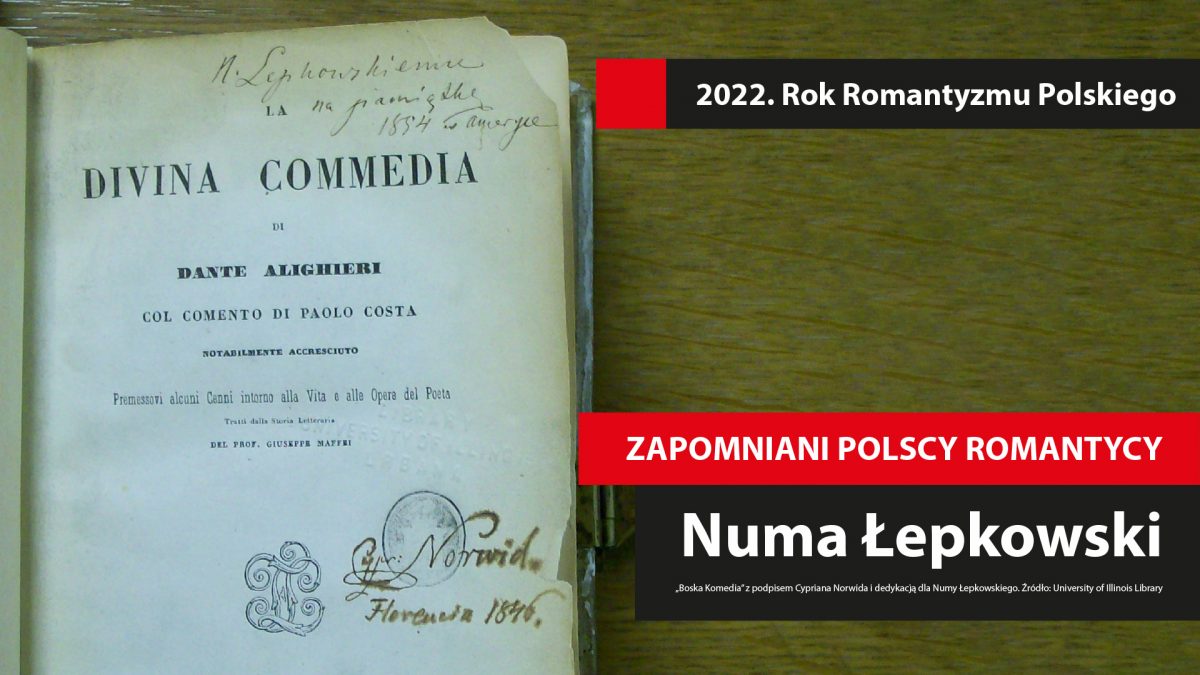 The project “Forgotten Polish Romantics” is, on the one hand, part of the already existing series “Known Unknowns” and, on the other hand, part of the celebrations of the Year of Romanticism proclaimed by the Polish Parliament. Every second Saturday we are going to publish new biographies, prepared especially for the Institute De Republica, which are to familiarise us with the biographies of the 19th century figures who were important for Polish history and culture.

This week we would like to encourage you to read a text by Dr Adam Cedro, dedicated to an outstanding Polish guitarist, privately a friend of Cyprian Norwid, Numa Łepkowski.