He was born on 11 January 1897 in Stryj, in the large family of a railway official, Stanisław and Maria, née Olszewska. His maternal grandfather was a January Uprising insurgent. After escaping from the Russian partition to Galicia, he changed his name from Starzyński to Olszewski.

Kazimierz Nowak attended primary school in Stryj. After 1910, when his family moved to Lwów, he probably attended a secondary school, however, he did not obtain his high school diploma. At the age of around fifteen, being fascinated by Henryk Sienkiewicz’s Quo Vadis, he travelled alone to Rome. Probably already then, he dreamt of reaching Africa.

After the outbreak of the First World War, he joined the Polish Legions and was then drafted into the Austro-Hungarian army. The end of the war found him in Italy. Following Poland’s regaining of independence, Nowak served in the Polish Army – he was stationed in Kraków, Modlin and Poznań. On 22 March 1921, he was demobilised. He settled in Poznań and accepted a post of accountant in the Poznań Insurance Bank. On 18 March 1922, he married Maria Wanda née Gorcik, and their daughter Elżbieta Maria was born in September. In 1924, Nowak lost his job and the search for a new post was unsuccessful. Forced by the difficult financial situation, the family moved to Wagowo near Pobiedziska, where in January 1925 his son Romuald Kazimierz was born. Maria’s brother was a school headmaster in Wagowo. When he moved in 1925 to Boruszyn in the then Obornice county, the Nowaks followed him.

Facing a difficult financial situation, Kazimierz Nowak was looking for a livelihood as an itinerant photographer. For economic and practical reasons, he travelled on his bicycle. In March 1925, he set off from Wagowo on his first expedition across Europe. By September 1926, he had visited Hungary, Austria, Italy, Belgium, the Netherlands, Romania, Greece and Turkey. He carried heavy photographic equipment on his bicycle (then glass plates served as photographic film). However, it was only from his second expedition across Europe and North Africa, which he made in 1927-1928, that his first accounts appeared in the national press. It was then that he stood on the African continent for the first time. From that moment, the idea to cross Africa by bike was maturing in him. In the following years, Nowak continued travelling around Poland and Western Europe. He tried to make a living for him and his family from photography as well as from reportages, which were more and more frequently published in the press. In 1931, he realised the idea of travelling across Africa.

On 4 November 1931, Kazimierz Nowak left Boruszyna for Poznań by bus, and then took the train via Katowice, Vienna and Venice to Rome. There, he changed to a bicycle and went to the port of Naples, from where he went to Africa by ship. On 26 November 1931, he set off on a journey across the African continent, starting in Tripoli. He had with him a worn-out, laden Brennabor bicycle, a tent sewn by his wife, a little money and photographic equipment. He was supported by the Stomil company from Poznań, which provided him with tyres and a small amount of money in exchange for advertising. Nowak also benefited from the support of Kazimierz Greger’s photography workshop in Poznań, from where he got his Contax small-image camera. However, it only reached Nowak after 21 June 1932, in Egypt. The ease of taking photographs with film was a breakthrough in his documentary work. Nowak avoided following the main transportation routes, often reaching places where Europeans had not yet arrived. He admired the wild African nature and got to know the customs of the local people. He had to be on his guard against both animals and the threat of armed conflict in the areas he travelled. He collected rich photographic material and wrote down his impressions and observations. He travelled regardless of meteorological, geographical and political conditions. He was repeatedly sick with malaria and was on the verge of poverty. He travelled with the help of local people, missionaries and modest financial support sent by his wife from Poland. Moving along the Nile, he reached Sudan on 19 October 1932, and then through the Belgian Congo (12 January 1933), Rwanda-Urundi, Rhodesia (6 November 1933) to the Union of South Africa (23 January 1934). A major challenge was to cross the borders of the colonies of European countries due to the high cost of visas. The local authorities repeatedly made it difficult for Nowak to stick to the planned route, but despite that, he reached the southernmost point of Africa, the Cape of the Needles (Cape of Agulhas), on 28 April 1934.

When he started the expedition, he planned to return to Poland from Cape Town by ship. However, with the prospect of an improvement in his financial situation, he finally decided to return the way he had come – by bicycle, although along a different route. On 23 June 1934, he left South Africa and, having crossed South-West Africa, Angola (5 November 1934), the Belgian Congo (30 April 1935), French Equatorial Africa (20 September 1935), he reached French West Africa on 11 June 1936. The return journey caused him more problems. When his worn-out bicycle broke down, Nowak was helped by a Pole living in Gumuchab (South-West Africa, now Namibia), Mieczysław Wiśniewski, who gave him a horse, Rysio (Nowak also bought a luggage horse). He covered the next 3,000 kilometres on horseback, and in Angola borrowed a bicycle from Count Michał Zamoyski. When he reached the Kasai River (the left tributary of the Congo River), he ordered a dugout canoe from the locals, which he named Poznań I. During the rafting trip, however, an accident occurred, in which the traveller lost his means of transport and had to walk. He bought a new boat, named after his wife Maryś. When the French authorities ordered him to travel across the Sahara only in a caravan, he purchased two dromedaries, hired a chaser and formed his private caravan. After five months in the desert, he reached Ouargla (Warqualah). In November 1936, he finished his single five-year journey across Africa in Algiers. He was the first man to do that, covering a distance of around 40,000 kilometres, mostly on bicycle. Regardless of the weather he was able to cover a distance of almost 500 kilometres in eighteen days.

Nowak returned to Europe via Marseilles and reached Paris by bicycle. For financial reasons, he had a problem with travelling to Poland, however, he managed to buy a train ticket due to a loan from the Polish consul. The finale of the expedition was the railway station in Poznań, on the night of 22 to 23 December 1936, where his loved ones were waiting for him.

His wife was an important support for the traveller. Kazimierz Nowak kept in touch with her through letters – during the African escapade he took over 10,000 photographs and wrote her 1242 letters. Maria practically played the role of an agent of her husband, mediating in contacts with publishers. For reports published in the Polish press, mainly regular reports in “Na Szerokim Świecie” and in “Światowid”, “Naokoło Świata”, “Dziennik Poznański”, “Kurier Poznański”, “Kurier Warszawski”, “IKC” and “Przegląd Powszechny”, as well as in French, Italian and British magazines, Nowak received royalties. The money provided a steady income for the family that was left behind in the country. It allowed them to return to Poznań in the autumn of 1933 and subsequently to move into flats of an increasingly higher standard. The fact that the family lived in Poznań improved their contacts with the publishing houses and the press, as well as their ability to obtain photographic materials and bicycle parts.

After his return to Poland, in spite of recurring malaria symptoms, Kazimierz Nowak delivered lectures and gave public talks, illustrating them with slides, e.g., in Poznań, Kraków and Warsaw. On 16 January 1937, he appeared in a radio programme in Kraków. Most of the meetings were organised by the Maritime and Colonial League, even though the traveller had a rather critical attitude to colonialism. Meanwhile, he was planning another expedition, to India and South-East Asia. He began working on his book. However, due to periostitis, he had an operation, then he fell ill with pneumonia and died on 13 October 1937 in the Municipal Hospital in Poznań. He was buried on 16 October 1937 at the parish cemetery in Górczyn, Poznań. He was buried in travelling clothes, with his colonial helmet folded over his chest. Unfortunately, the grave has not survived – since 13 October 2009, an occasional boulder commemorates Kazimierz Nowak.

On 30 April 1939, an exhibition of souvenirs of the traveller Africa Speaks was opened in the Public Common School No. 6 in Poznań. The proceeds were divided and donated to help Maria Nowak as well as to the National Defence Fund. The widow was also supported by a bicycle rally organised on 19 July that year by the Stomil Sports Club.

Historical circumstances were not favourable to popularising the figure of Kazimierz Nowak – shortly after his death, the Second World War broke out. He remained forgotten also during the communist period, although in the 1960s his daughter Elżbieta Nowak-Gliszewska, having consulted with professors Jan Czekanowski and Jerzy Loth, led to the publication of an album with photos from his African expedition Przez Czarny Ląd (Across the Black Land) (Warsaw, 1962). The traveller did not receive due publicity until after 2000, owing to Łukasz Wierzbicki and his publication Rowerem i pieszo przez Czarny Ląd (On bicycle and on foot across the Black Land) (Poznań, 2000), which included a selection of Nowak’s letters from this expedition. Łukasz Wierzbicki also published short stories for children entitled Afryka Kazika (Kazik’s Africa) (Warsaw, 2008). On 25 November 2006, in the lobby of Poznań Central Railway Station, Ryszard Kapuściński unveiled a plaque dedicated to Nowak, a steel plate in the shape of Africa with the route of his journey marked on it (Kapuściński was impressed by Nowak’s reportages). On 14 May 2007, a monument to Kazimierz Nowak was unveiled in the Arkady Fiedler Museum in Puszczykowo, where an exhibition of photographs taken by him was also held for the first time. On 4 November 2009, the relay Afryka Nowaka 2009-2011 set off from the Nowaks’ former home in Boruszyn. Since 2012, the Kazimierz Nowak Travel Plenary has been held in Boruszyn. On 23 August 2014, a plaque commemorating the African journey was unveiled in the village. The traveller is also the patron of the primary school in Dąbrówka and the square in Lodowa Street in Poznań. Kazimierz Nowak’s letters have been published in three volumes entitled Kochana Maryś. Listy z Afryki (Dear Maryś. The letters from Africa) (Poznań, 2015-2016), edited by Dominik Szmajda. In the 21st century Nowak – as Piotr Tomza wrote – has become “inspiration for the new generation of travellers and Africa enthusiasts”. 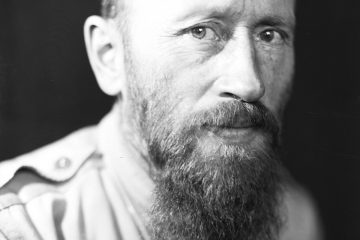 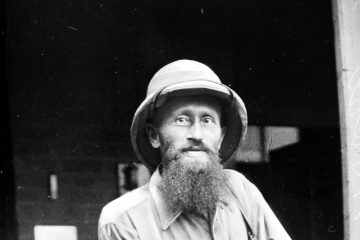 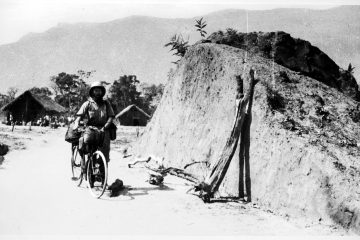 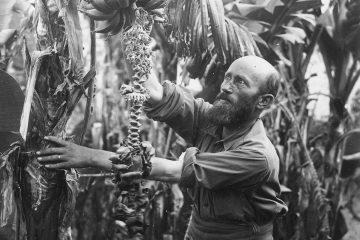 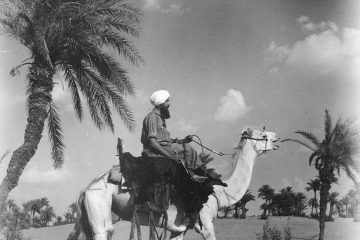 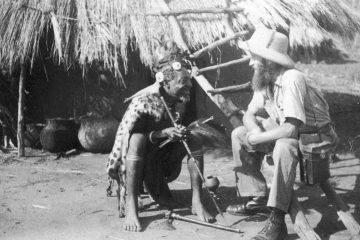 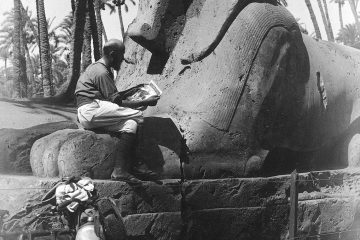 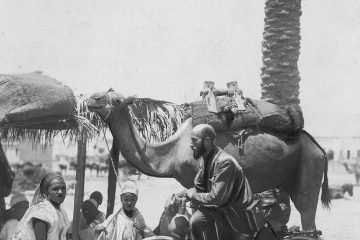 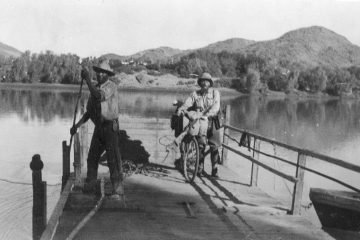 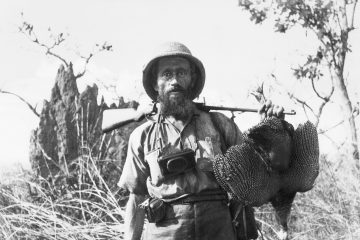 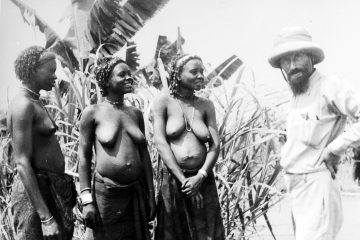 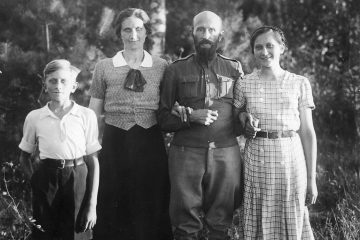