Jan Szczepanik was born on 13 June 1872 in a small village Rudniki near Mościska (now Ukraine). He was an illegitimate child of Marianna Szczepanik and he spent the first years of his life with his mother in the family of her brother, a railway worker Ludwik Szczepanik. When he was three years old, they moved to Krosno, where the nephew was adopted by Marianna’s sister Salomea, who together with her husband Wawrzyniec Gradowicz raised him as if he were their own child. In the meantime, his mother married Ludwik Panek from Zaręcin. Although the reasons for this are unknown, we can only guess that the young maiden with an illegitimate child did not arouse popular sympathy, while the Gradowicz family, who lived nearby, provided real care for the boy. Moreover, not long afterwards, they also adopted the youngest daughter of Ludwik Szczepanik. Despite these turbulences, the boy’s childhood passed peacefully among loving people.

In 1878-1885, Jan Szczepanik attended the Krosno departmental school. Learning did not cause him any problems, on the contrary, it was fun, stimulated his imagination and developed his numerous interests. It was the time conducive to many lifelong friendships for him, including those with Franciszek Pik (1871-1930, nicknamed Mirandola, a popular writer and translator) and Eugeniusz Romer (1871-1954, a cartographer). Under his watchful eye, they reworked toys, constructed all sorts of machines, experimented with gunpowder, and even organised secret expeditions, about which Romer wrote years later: “[…] the record in this respect was the expedition to Odrzykon, which I organised in secret from my parents, literally seducing with me the ‘master’ of the first class of Krosno – Franek Pik and his inseparable companion Jasio Szczepanik. Our attempt to save the ‘kings of the castle’ ended after our first night in the cellars of the ruins with the intervention of the municipal authorities, who, it seems to me, were satisfied with our promise to return to our parents’ house voluntarily’.

Jan Szczepanik began his secondary school education in nearby Jasło, but finished it in the fourth grade due to a complete lack of talent for classical languages. The principal, however, did him a favour – he received a passing grade in Greek, on condition that he would change school. Thus, he enrolled in the Teacher Training College in Kraków, from which he graduated in 1892. He taught in folk schools, successively in Potok, Lubatówka and Korczyna. He was remembered as a teacher who “was always making calculations, taking notes and often walking around thinking. There were cases when during the lessons […] he would suddenly run home from school […], bring some brochures or notes to class and immerse himself in their contents, not being interested in the lessons at all”. Interestingly, Szczepanik’s adventures as a village teacher were described a few years later by Mark Twain in his short story The Austrian Edison Keeping School Again.

Jan Szczepanik’s career in education did not last long as his technical mind was searching for a niche to occupy. He was particularly interested in the weaving workshops in Korczyna, not far from Krosno, on the modernization of which he began working when he was still a teacher. In 1896, with the support of the Korczyna Weavers’ Society he went to Kraków, where he became employed in a camera shop that belonged to the society. It was probably there that he met Ludwik Kleinberg, who, having realised that he faced with an extraordinary talent, became his patron. In 1898, Jan Szczepanik went to Vienna, where he entirely focused on his inventive activities. He co-founded, with Ludwik Kleinberg and Franz Habrich, a workshop – the Société des Inventions Jan Szczepanik & Cie. The achievements of his workshop soon attracted the interest of the press. The “Wiener Tageblatt” correspondent reported in 1901: “With every visit to the factory the admiration for the genius of the ‘Austrian Edison’, as he is now commonly called, intensifies. Szczepanik achieved astonishing results in three fields: weaving, optics and electronics”. In 1896-1906, he patented a number of inventions in the field of weaving that influenced the development of the textile industry. He gained fame, recognition and, above all, financial stability as a result of his inventions. The so-called Szczepanik’s weaving system, as the inventions comprising it can be generally described, included: a weaving machine of his own construction, automatization of the production of weaving templates due to the use of the photographic method, making patterns with the use of an electric machine, an innovative system of working the Jacquard machine, a method enabling the production of multi-coloured decorative fabrics as well as patenting the light-sensitive fabric used in the production of tapestries based on the photographic method. The latter were not only significantly cheaper to produce, but also gained fame. In 1898, Szczepanik produced the Apotheosis tapestry using the photographic method to commemorate the 50th anniversary of the reign of Emperor Franz Joseph I, and personally presented it to the honourable jubilarian. Interestingly, the use of Szczepanik’s machine to weave tapestries sparked demonstrations in France by workers fearful of losing their jobs.

Noteworthy among his other inventions is the bulletproof vest, known as “Szczepanik’s armour”, designed in 1901 and used in those days to protect crowned heads. In 1902 (and several other times in subsequent years), it saved the life of the Spanish King Alfonso XIII, who in recognition of his merits awarded Jan Szczepanik with the Order of Isabella the Catholic. The Pole was also held in high esteem by the Russian Tsar Nicholas II, at whose invitation the Polish hero arrived in St. Petersburg. The Tsar decided to award Szczepanik with the Imperial Order of Saint Anne, which he did not, however, accept. The emperor then presented him with a gold watch with a diamond-set case, and his fiancée with a brooch decorated with diamonds and sapphires.

His interest in photography as well as increasingly improved cameras led Szczepanik to attempt to transmit images remotely. He obtained a patent for the “telecroscope” that he constructed for this purpose. A public demonstration was held in Vienna. The improved device was presented as a “telefot” in 1900 at the World Exhibition in Paris, and thus Jan Szczepanik became a pioneer of television.

His world-famous inventions brought Szczepanik interest also in literary circles. His workshop was visited by Gabriela Zapolska, and the “Galician Edison” was also met by Mark Twain, who came to Vienna especially on this occasion.

The fortress of Przemyśl

Fame, recognition and exemption from military service were not, however, sufficient arguments for Austrian officials not to call upon Jan Szczepanik to perform it. His talents and experience meant that, in 1901, he was sent to one of the largest and most important fortresses in the Habsburg Monarchy, Przemyśl. It can be assumed the reason was that they hoped to use his inventive genius to modernise the fortress. Szczepanik worked there on, inter alia, a spark-ignited telephone and an automatic rifle. However, he did not solely focus on his experiments, but was equally involved in the social life of the city. He attended scientific lectures, as well as charity balls at which the local society gathered. It was probably at that time when he met and married Wanda Dzikowska, the daughter of a local doctor Zygmunt Dzikowski. In 1902, he was transferred to Vienna, and on 8 November that year in Tarnów, where the Dzikowski family had moved, he married his chosen wife. He had five children, four sons: Andrzej, Zbigniew, Bogdan and Bogusław, as well as a daughter Maria. He was traumatised by the death of his first-born son, Andrzej, in 1907.

The couple initially settled in Vienna, however, the unsuccessful attempts to promote his inventions caused financial problems for Szczepanik, and finally resulted in the bankruptcy of the company he had founded several years earlier. In 1906, therefore, he moved with his family to Tarnów, where, not discouraged by the failure in Vienna, he resumed his inventive activity. It was possible not only due to the support of his loving wife, but also her parents, and especially the financial help of his father-in-law. In 1906-1914, Jan Szczepanik patented a number of innovations in the field of colour photography, which he had already worked on earlier – he did not use plates or photographic paper, but instead applied the method of fading colours under the influence of light. He also invented a film camera for colour film as well as a special projector for it. He continued the work of developing his ideas for the rest of his life; they provided the basis for the success of such world powers of photography as Kodak and Agfa.

The increasing interest in his achievements meant that after the First World War Szczepanik shared his time between Tarnów, where his wife and children lived, and Berlin, to which he was leaving and where he successfully continued his activities. His renewed success and the recognition he once again began to receive gave him the hope for a better future of his family. Unfortunately, this was interrupted by his premature death as a result of what appeared to be advanced cancer. Jan Szczepanik died on 18 April 1926. He was buried in the Dzikowski family grave in the Old Cemetery in Tarnów. He left a legacy of numerous innovations confirmed by almost a hundred patents. 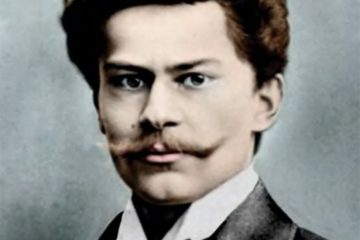 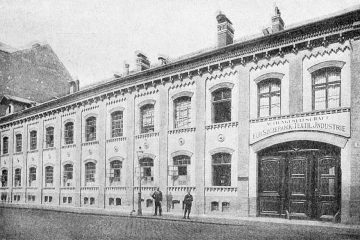 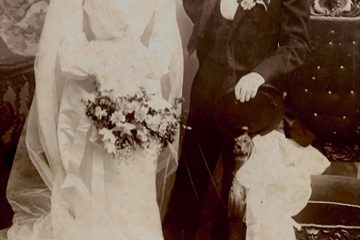 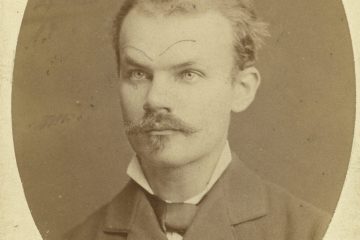 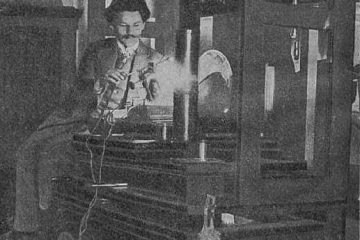 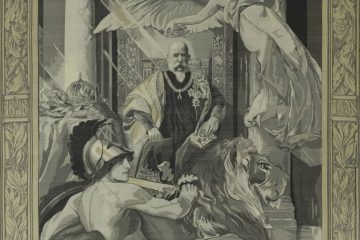 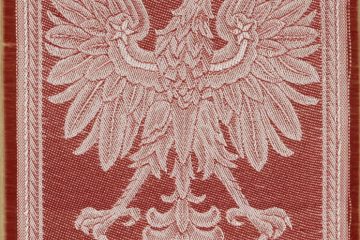 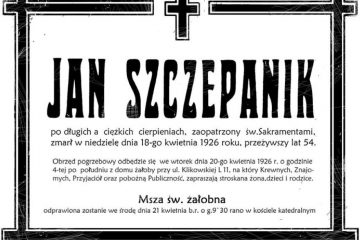 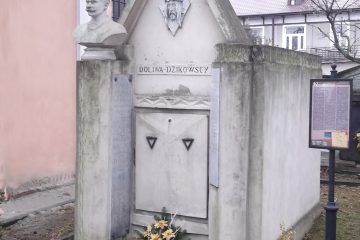