“Whoever did not experience those years of occupation in Pomerania cannot imagine that hell, because Pomerania was at the very bottom of the occupation hell”, as was written in 1943 in the underground magazine “Ziemie Zachodnie Rzeczypospolitej”, published during the war by Delegaturę Rządu RP na Kraj (the Government Delegation for Poland). Those words cannot be denied, since the inhabitants of Gdańsk Pomerania were the objects of special terror by the German occupying forces, and the scale of the crimes committed here was the greatest.

The book published by the Institute De Republica Publishing House, entitled Terror szaleje. Pierwsze miesiące okupacji niemieckiej na Pomorzu Gdańskim (The terror is raging. The first months of the German occupation in Gdańsk Pomerania) edited by dr hab. Sylwia Grochowina, university professor, outlines the realities of the occupation life in Gdańsk Pomerania from September to December 1939, the dramatic period for the inhabitants of the region.

The plans also include further parts in which the following issues will be discussed: German political plans towards Gdańsk Pomerania (1919-1939), the occupation of Gdańsk Pomerania by the German army in September 1939 and the place of the region in the structure of the occupation administration, assumptions and guidelines of the national policy of German occupation authorities, extermination of the Polish population, displacement action as well as living conditions of Poles. 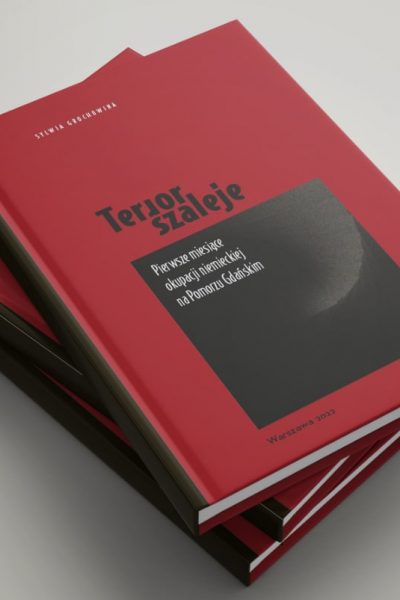