Article 2 of the Treaty on European Union (TEU) provides that the Union is founded on the values of respect for human dignity, freedom, democracy, equality, the rule of law and respect for human rights, including the rights of persons belonging to minorities. These values are common to the Member States in a society in which pluralism, non-discrimination, tolerance, justice, solidarity and equality between women and men prevail.

The content of Article 2 TEU is a source of inspiration to conduct more profound analysis on the values of the EU and their significance for the integration process, the formation of relations between the EU and the Member States, including the scope of transfer of competences and the permissible limits of interference in the state system.

The authors of the monograph try to determine, based on the existing normative state, case law and doctrine, whether the values on which the European Union is founded are common to the Member States. In particular, the aim of the study is an attempt to decode the concept of “values” provided in Article 2 TEU, as well as to recognise the content of particular values specified in those provisions as seen from different perspectives. The authors will search for the answer whether the values specified in Article 2 TEU are common to the EU Member States. 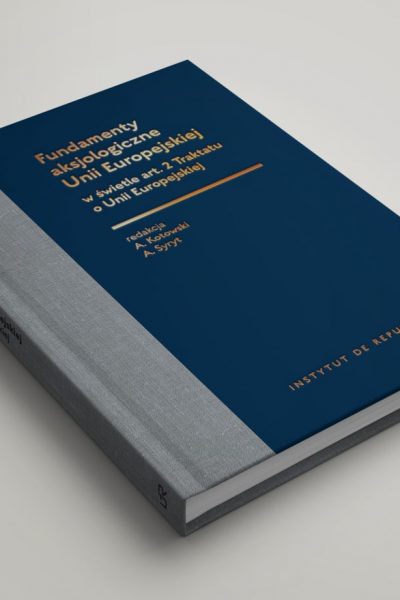