On 30-31 March 2022, another meeting organised by the Institute De Republica was held as part of a series of European seminars. This time, the main topic was changes in the security of countries in the region, in the context of the war in Ukraine. Among the speakers were Prof. dr hab. Genowefa Grabowska, Prof. dr hab. Andrzej Zybertowicz and Prof. dr hab. Tomasz Grosse. 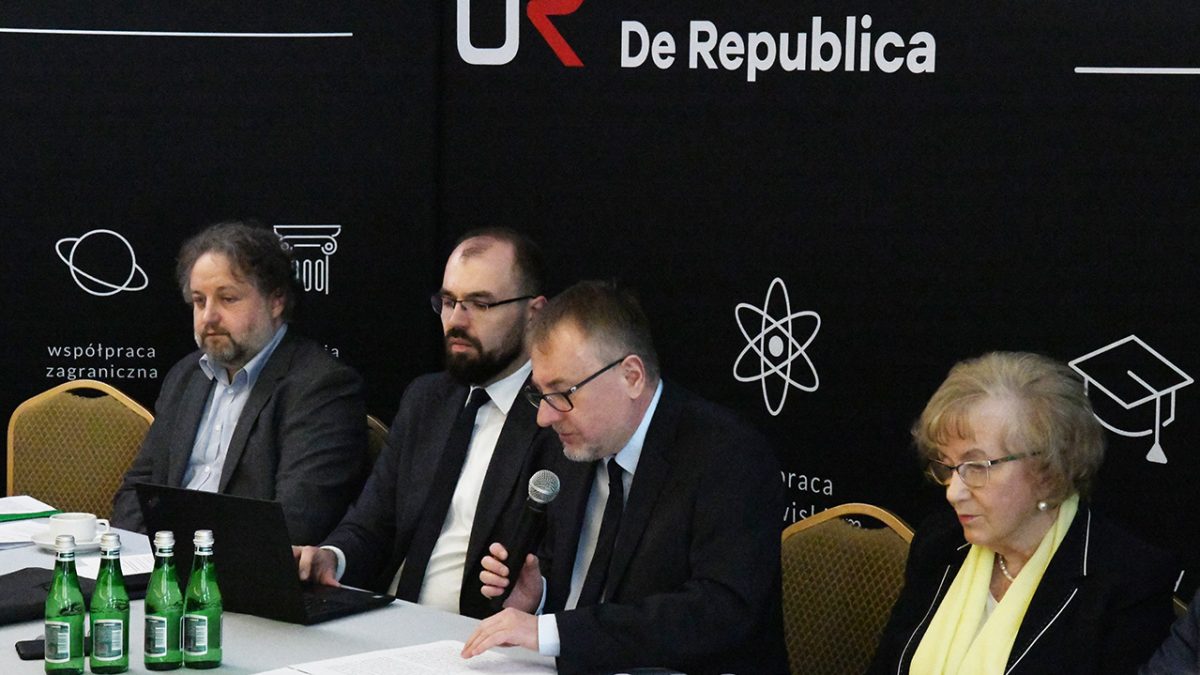 Since the Russian-Georgian war (2008), and especially since the Russian occupation of Donbass and Crimea (2014), the security of the entire Central and Eastern European region, but also of Europe as a whole, has come under great question. At a time when the geopolitical centre of gravity was shifting year by year towards the Indo-Pacific, the eastern periphery of the Old Continent increasingly appeared to Moscow as a space of “orphaned nations” over which a protectorate should be re-established. The war in Ukraine, which has lasted intermittently for over seven years, is the best symbol of this. The topic of national security in the individual states of the Central and Eastern European region has been, and still is, taken up depending on the perception of threat, especially from Russia. The Three Seas Initiative (Trójmorze) and the largely correlated political and military cooperation format known as the Bucharest Nine (NATO’s so-called Eastern Flank), in which Poland and Romania, the two largest and militarily strongest countries in the region, have a special role to play, are undoubtedly an expression of the will to work together in order to increase defence capabilities and deter the enemy. At the same time, the geopolitical game regarding Ukraine has been going on for many years, revealing certain inconsistencies and “cracks” appearing across various formats of international cooperation (European Union, Three Seas Initiative, OSCE).

The aim of the seminar was to discuss four thematic areas. One of them was the legal aspects of security. This issue, in a presentation entitled “International Criminal Tribunals and the Conflict in Ukraine”, was discussed by Prof. Genowefa Grabowska: – By committing aggression against the sovereign state of Ukraine, Russia has started a war, violated Article 2 of the UN Charter and other international obligations. It has acted against the whole of the civilised world, it has destroyed a relative equilibrium, and it has broken the rules that apply among civilised countries. Such behaviour calls for a strong reaction from the international community, namely, to hold Russia responsible before the International Court of Justice in The Hague or another specially appointed court. Russia, as a state, must answer for its crime of aggression, and those of its officials who prepared for, instigated and conducted the war should be brought before the ICJ and judged and punished by that court, just as criminals from the Second World War were held responsible for the preparation, instigation and conduct of the Second World War years ago in Nuremberg and Tokyo.

The changes in Slovak law as a reaction to Russia’s attack on Ukraine were pointed out by dr hab. Konrad Walczuk, Professor of the Academy of Military Art in Warsaw: – In response to the situation that arose after the Russian armed attack on Ukraine, which by definition resulted in mass migration of foreigners to the territory of the Slovak Republic and at the same time increased the risk of hybrid threats, already on 25 February 2022 the Slovak government adopted a proposal to amend several important legal regulations, which, after passing the entire legislative process at an express pace, took effect from 26 February. In particular, the Law on Civil Protection, the Law on Asylum, the Law on the Organisation of Government Activities and the Organisation of the Chief State Administration as well as the Law on Cyber Security were amended. The amendment of the Law on Civil Protection created the legal framework for the government to declare a state of emergency in connection with a mass immigration of foreigners, enabling the implementation of economic mobilisation measures in order to provide them with accommodation, the necessary organisation of transport and medical security, as well as the related imposition of labour obligations. The amendment of the Asylum Act allows the Government to declare temporary shelter for foreigners, even without a decision of the EU Council.

The motto of the second part of the seminar was changing security paradigms in the post(?) cold war world. Prof. dr hab. Andrzej Zybertowicz, in his lecture entitled “Why hasn’t the democratic West stopped Putin from the aggression on Ukraine?”, pointed to several very important, but also bitter aspects for Europe. He stated that the West – the EU countries, NATO and their closest allies – were able to prevent Moscow’s aggression against Ukraine. Searching for the answer as to why this did not happen, he explored three problem areas in his speech: the agentive field, the economic field and the civilisational-cognitive field. The agentive field concerns the entanglement of elites of many EU states in the operations of influence conducted by Moscow’s secret services. The economic field includes forms of economic interdependence between the West and Moscow, mainly in the field of energy imports. While the above two fields are now quite openly explored, the analyses have not yet reached the most important field: the systemic conditions which caused the pluralistic states and societies in the West neither took adequate counter-intelligence measures in time, nor applied the basic element of any energy policy, i.e., the diversification of energy sources. According to him, the key role was played here by the civilisational drift of the West caused by a structurally poisoned infosphere, which makes it impossible to discern the truth in an ocean of disinformation and distinguishing what is socially important from what is unimportant.

Dr hab. Miron Lakomy drew attention to information warfare and the features of several basic phenomena influencing the way it has been conducted on the Internet since the beginning of the COVID-19 pandemic. He pointed out, inter alia, the popularisation of conspiracy theories concerning the coronavirus and their instrumental use by state actors. In his speech, he characterised the most important tendencies in the field of propaganda of terrorist organisations in the network, as well as presented examples of disinformation operations realised, for example, in Polish cyberspace. He also discussed the most important trends in the field of information influence, as well as operational security (OPSEC) and the role of white intelligence (OSINT) since the beginning of Russia’s invasion of Ukraine.

Dr Grzegorz Lewicki from the Academy of Military Art in Warsaw focused on the Three Seas Initiative as an element of the US turn to Asia: – For Europe, the Three Seas Initiative is a security buffer against pressure from the East, for the US it is a strengthening of the West and an element of the turn to Asia. This was understood by US Republicans in 2017, and by Democrats in the period preceding Russia’s invasion of Ukraine. Poland has been right in these strategic calculations for decades. Now it should take advantage of it. (…) Western European analysts’ slogans claiming that NATO does not exist and that Russia is in fact similar to the West are evidence of strategic ignorance. Nowadays, history is pointing the finger of their ignorance before our eyes. The Three Seas Initiative will play a role comparable to West Germany during the Cold War. This is what Arnold Toynbee’s theory of civilisation, the war in Ukraine as well as the political geography of Europe suggest, he pointed out.

European and Euro-Atlantic integration was also referred to by Prof. dr hab. Walenty Baluk from the Maria Curie-Skłodowska University in Lublin. He pointed out that after the end of the Cold War, Central and Eastern European countries largely associated their security with Western structures (NATO and the EU). Belarus was the only country in the region to choose Eurasian security structures (ODKB), while Ukraine had been balancing between Russia and the West for a long time, maturing its final geopolitical choice between 2004 and 2014. According to him, Russia’s aggression in 2014 made Ukrainians realise the role and importance of European and Euro-Atlantic integration in the context of state security. This year’s Russian invasion consolidated the Ukrainian people as a political community that clearly identifies with Central and Eastern Europe, aiming for the EU (over 80%) and NATO (over 70%). The concept of geopolitical choice to the West has prevailed in Ukraine, but Russia, as an aggressive power and bandit state, applying the doctrine of limited sovereignty, is counteracting the above strategy of the Ukrainian state. – During the planning and carrying out of the invasion of Ukraine, President Vladimir Putin set out two basic operational objectives: the subordination of Ukraine and the destruction of the unity and solidarity of the West. These operational objectives were intended to implement the strategic priorities of Vladimir Putin’s regime, namely the restoration of the Russian sphere of influence in Central and Eastern Europe and control over Ukraine, as well as a return to the concert of powers. For this reason, Putin’s Russia is destabilising the international order, including in Central and Eastern Europe. Russia, taking advantage of its permanent membership of the UN Security Council, has paralysed the influence of the UN and OSCE security systems in the Central and Eastern European region and is making intensive efforts to undermine the effectiveness of NATO, especially in the CEE region. 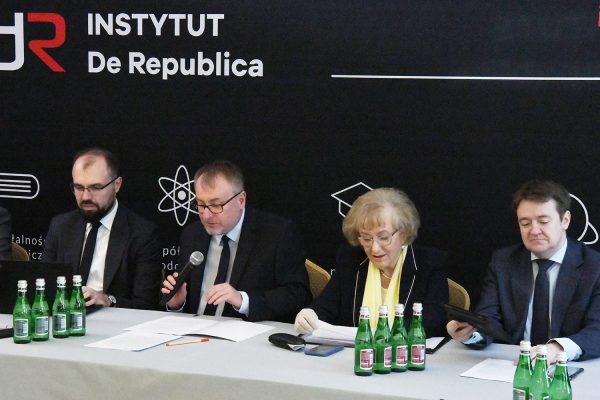 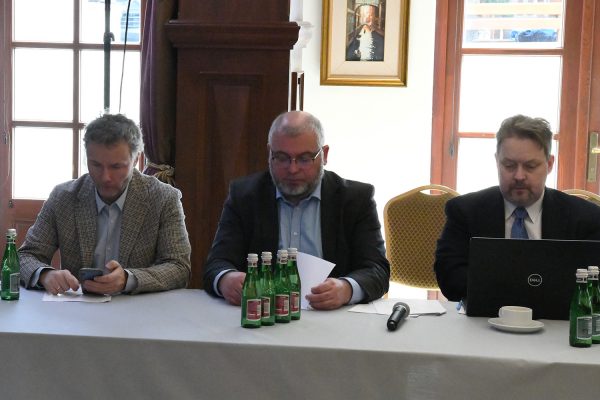 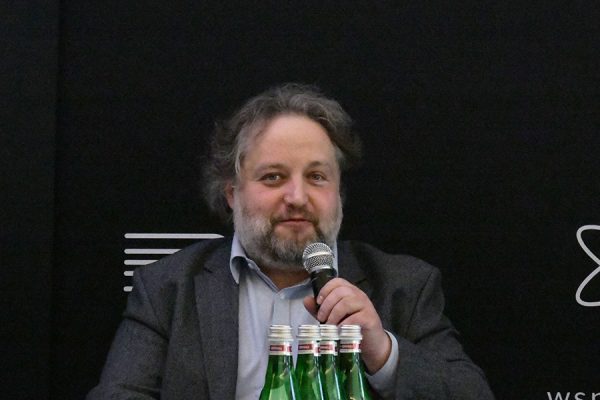 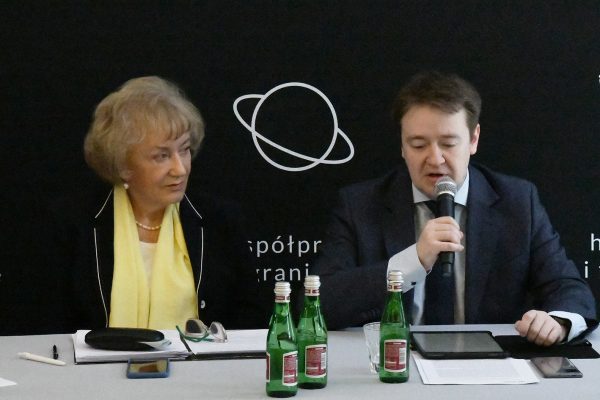 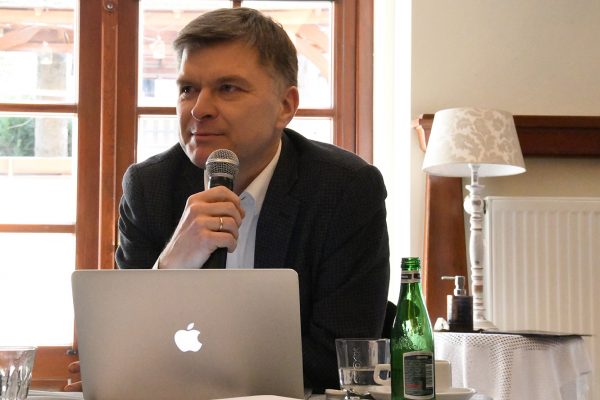 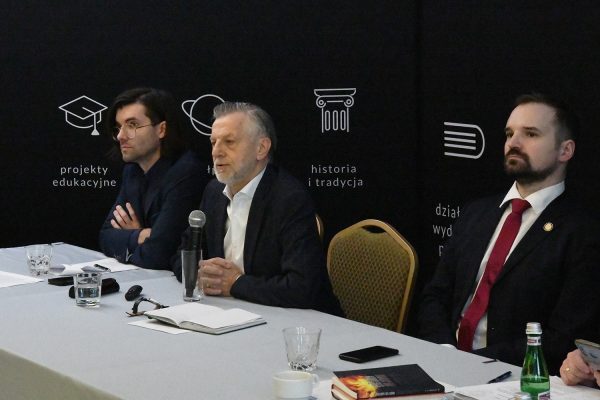 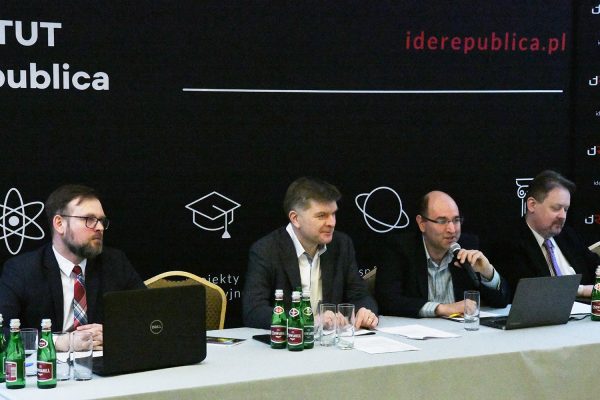 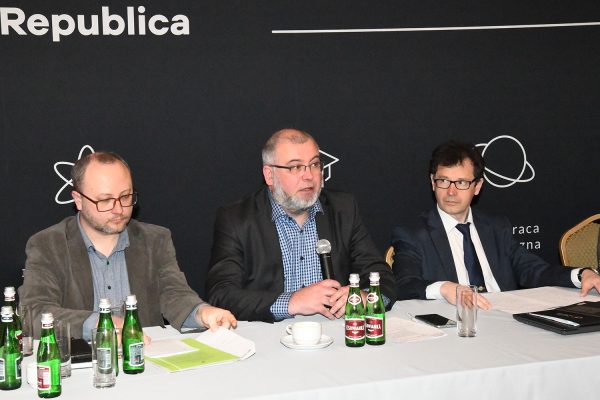 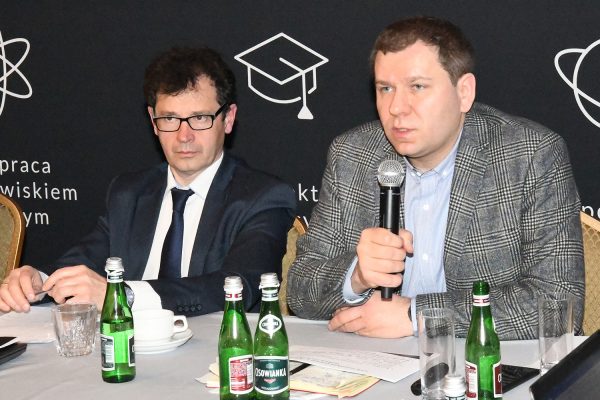 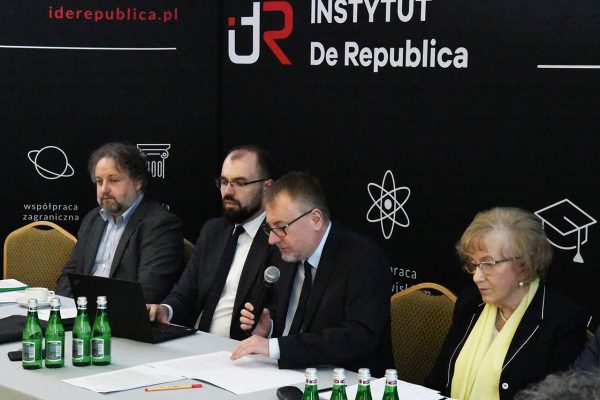 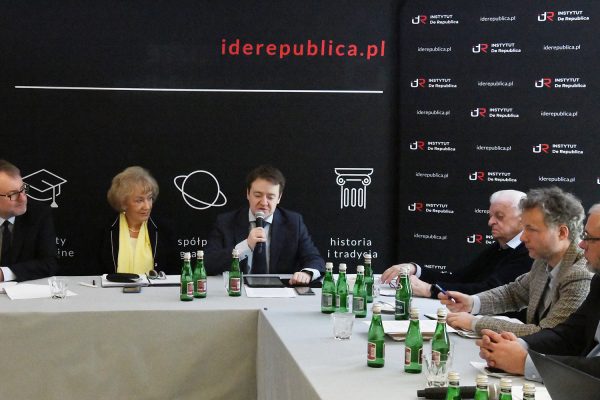 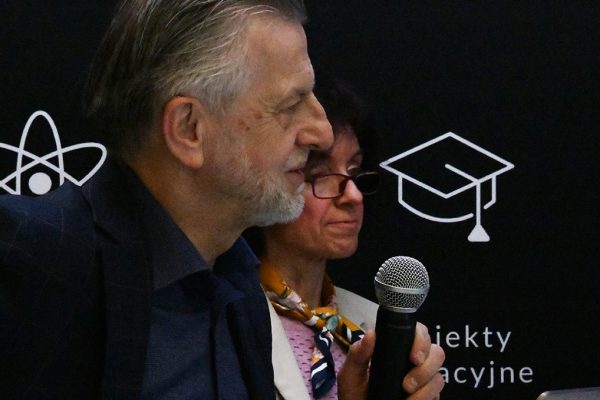 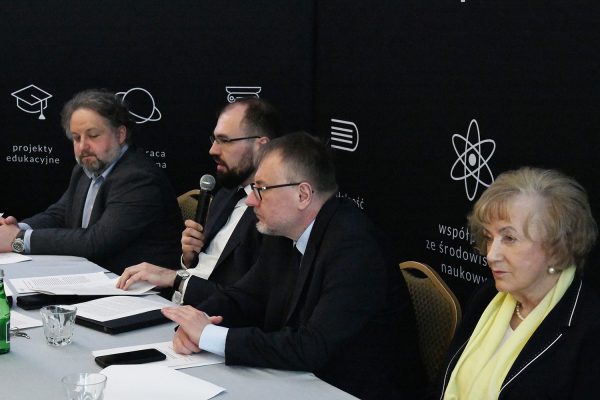 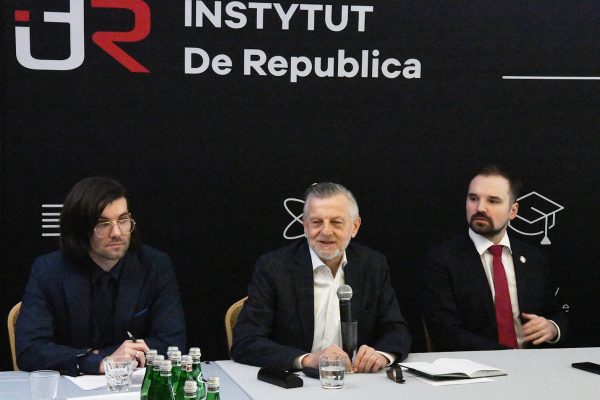