The royal game of attention, imagination and reason – chess in Polish history and science

On 27 November in Bydgoszcz, the Institute De Republica organised a scientific panel entitled “The royal game of attention, imagination and reason – chess in Polish history and science”, in which historians talked about the importance of chess and its scientific and culture-creating role. The event accompanied the Polish Chess Super Cup, during which the grandmasters Jan-Krzysztof Duda and Radosław Wojtaszek played a chess match. 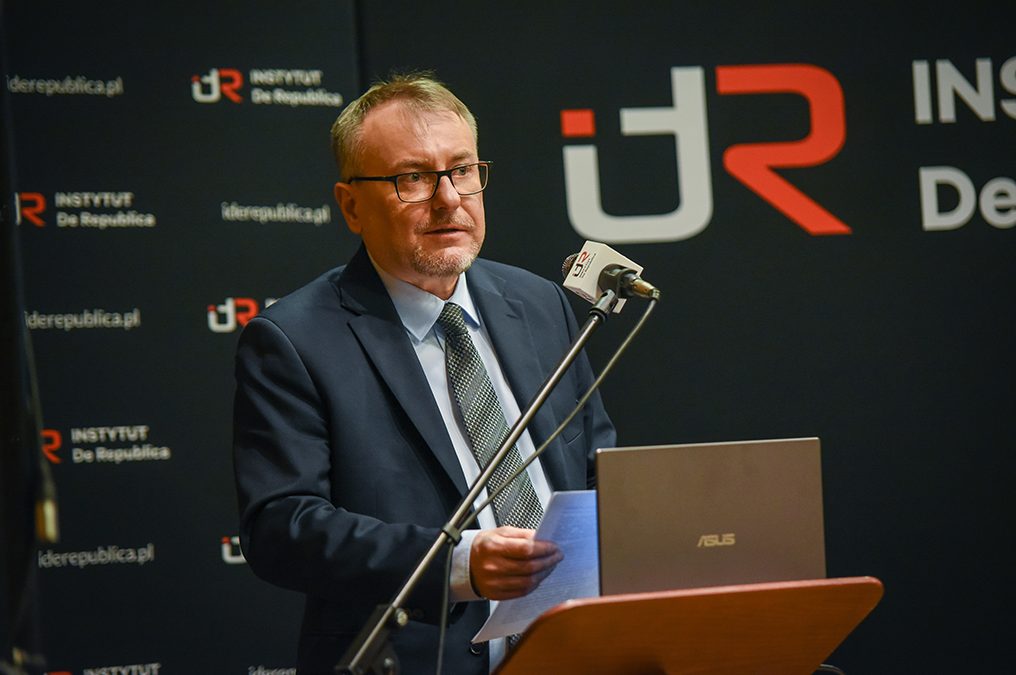 – “Chess is a strange matter. Some associate it with sport, others with strategy games, while many others with sophisticated entertainment. Meanwhile, the Institute De Republica has decided to approach chess from another perspective, historical and cultural. Let me put forward a thesis that we could know much more about chess, its presence in Polish and world culture, art and literature, for instance knowing that Charles the Great, Napoleon Bonaparte, Prince Conti or Jean Jacques Rousseau were passionate chess players”, said the Director of the Institute De Republica, dr hab. Bogumił Szmulik.

Dr hab. Dariusz Karczewski, delivered a lecture entitled “The royal game. History of chess – between the truth and the legend”, in which he mentioned, among other things, that: – “chess was played by rulers, clerics and knights. However, very thin was the line between entertainment and gambling then. The game of dice was also common. Both of these games were very quickly condemned. In Poland, however, the games were not completely banned, as early as in the Wislic statute of Casimir the Great regulated the issue. It stated that the subjects could only play dice if the stake was cash. It was forbidden to play using credit or property. According to another article of the statute of Casimir the Great, fathers were not responsible for the dice and chess debts of their children, unless a parent had previously allotted them a part of the property”.

Prof. dr hab. Tadeusz Wolsza delivered a lecture entitled “Enthusiasts, Protectors and Patrons of Chess in the Second Polish Republic”, in which he focused on chess on Polish territories and chess-related stories of the 19th century: – On Polish territories, already in the first half of the 19th century, a great interest in the game of chess, in the aspect of sports rivalry, could be observed. It is worth noting that in 1829 the idea of a correspondence chess match between Warsaw and Cracow appeared. The games were to be printed in two periodicals, the “Kurier Warszawski” and the “Goniec Krakowski”. An agreement had already been reached and the amount of the prize agreed, however, the match was not played. Krakow was to be represented by the best player there – the Jagiellonian University professor Jerzy Samuel Bandtkie, Warsaw by Aleksander Hoffman”.

The regional aspect of chess history was emphasised by dr Piotr Szybowicz in his lecture entitled “Chess history in Pomerania and Kuyavia in the years 1920-2021”: – “With the regaining of independence in November 1918 and the incorporation of Pomerania into the Republic of Poland in January 1920, the establishment of structures uniting Polish chess enthusiasts became possible. The Polish Chess Union was established in 1926 and the Pomeranian District Chess Union was founded on 3 October 1937 in Toruń. The first Polish club in the history of Pomerania and Kuyavia was founded in Bydgoszcz in 1924 and it was the Bydgoszcz Chess Club”.

The Conference concluded with the screening of the film “From the love for chess” by Tadeusz and Maciej Syk.

The scientific panel was part of the Polish Chess Super Cup. The six-round chess match between the two best Polish grandmasters – Jan-Krzysztof Duda and Radosław Wojtaszek – ended with the result 4:2 for Duda.

The chess tournament, held at the Pomeranian Philharmonic in Bydgoszcz, was preceded by the signing of a declaration of joint action for the promotion and development of chess in Bydgoszcz. The signatories included, among others, the President of the City, Rafał Bruski, Minister Łukasz Schreiber and Rectors of the universities in Bydgoszcz. 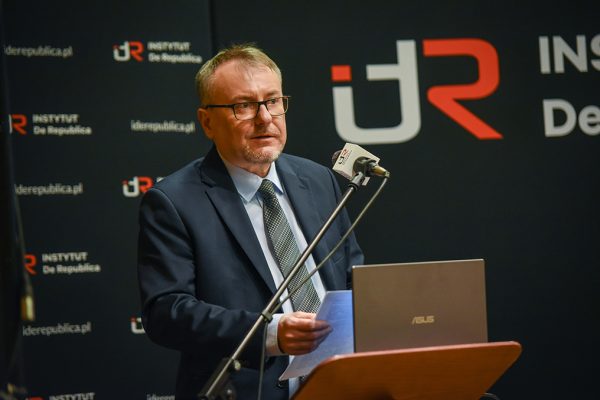 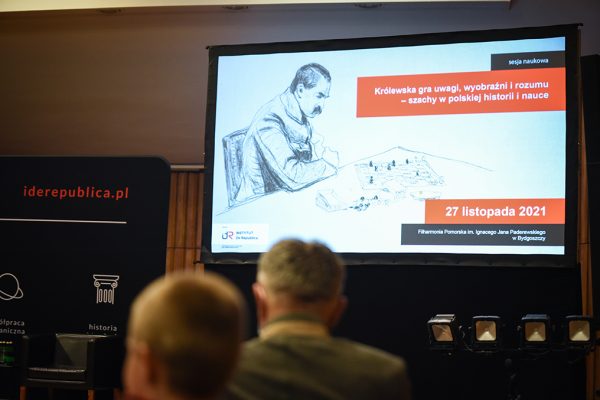 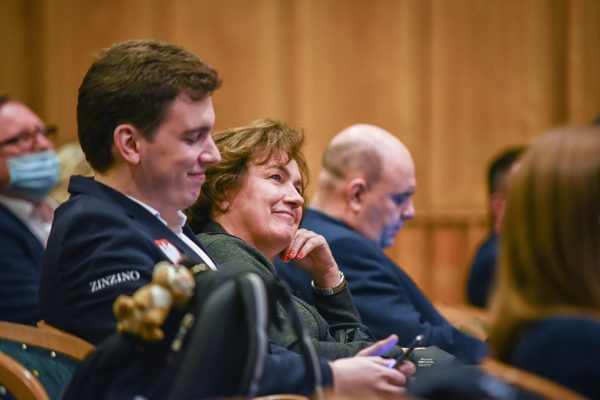 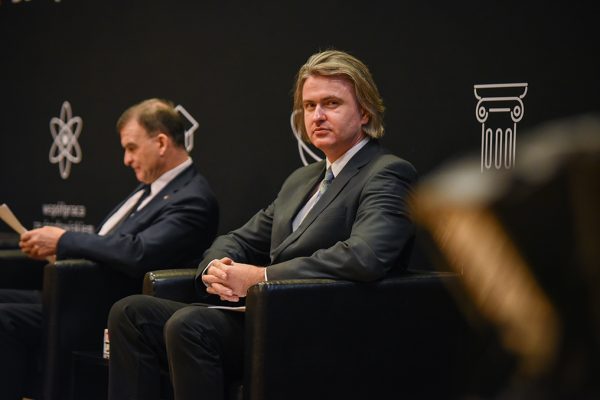 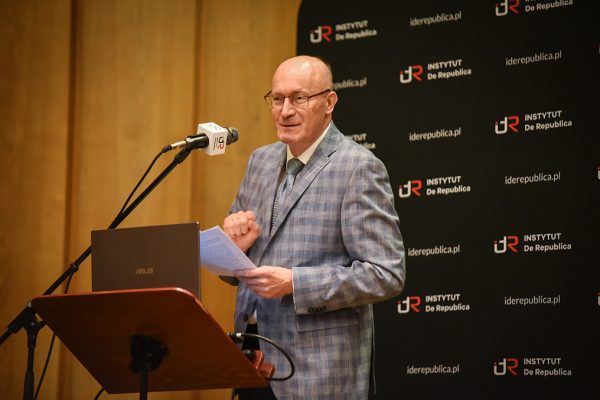 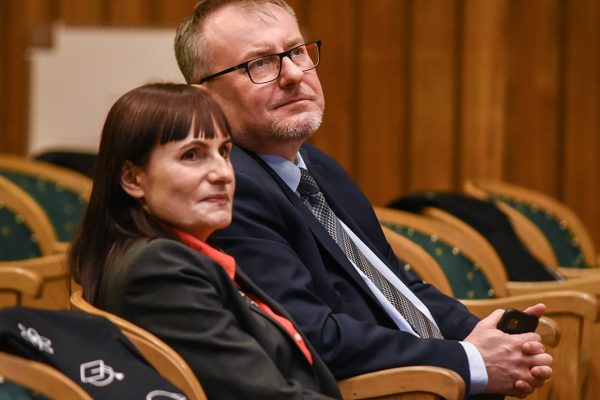 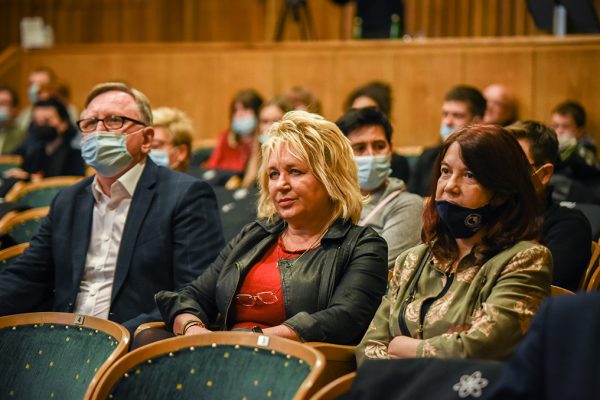 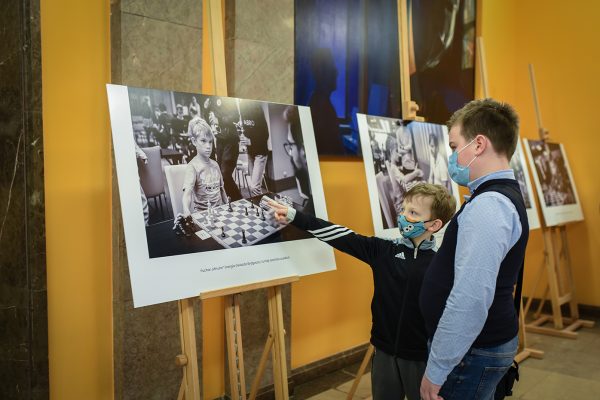 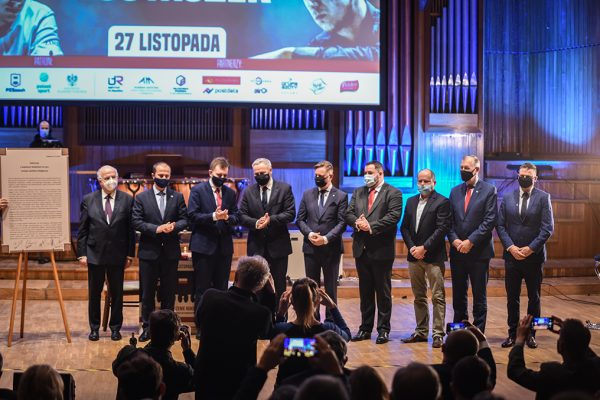 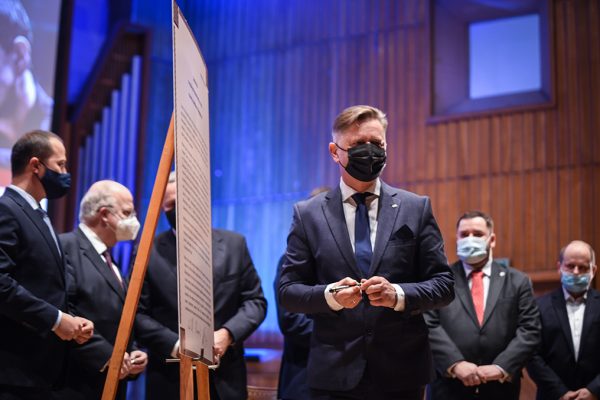 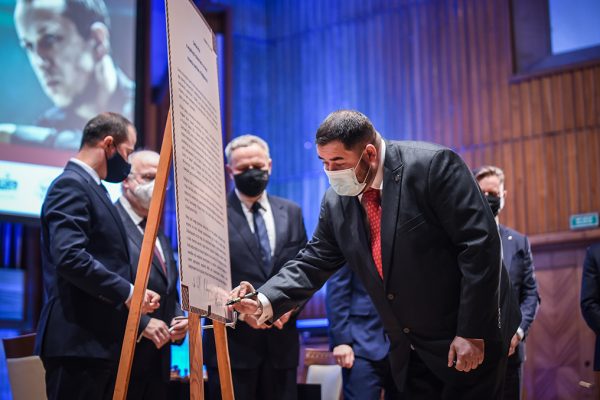 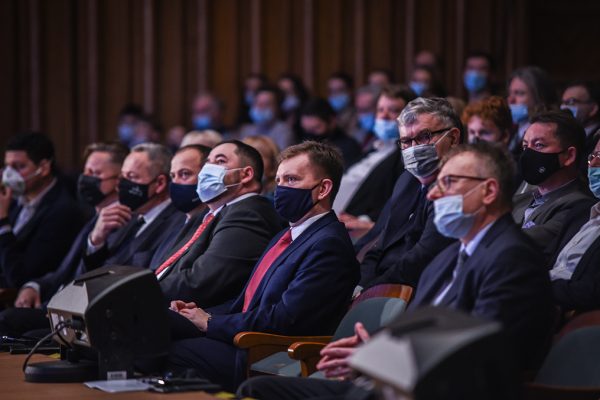 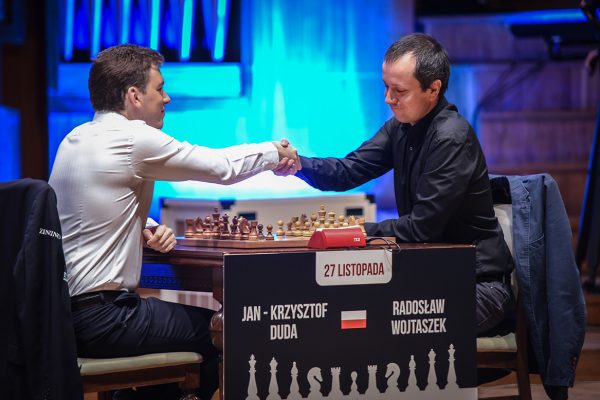 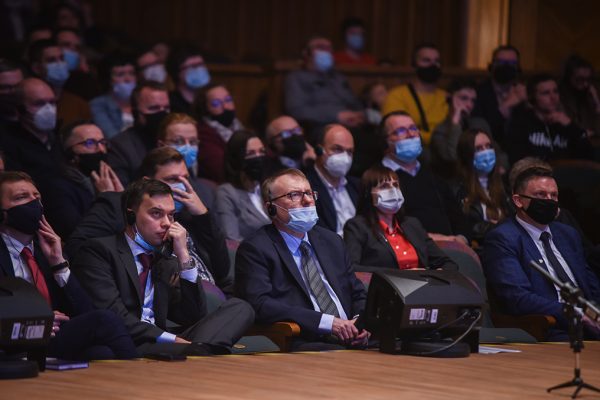 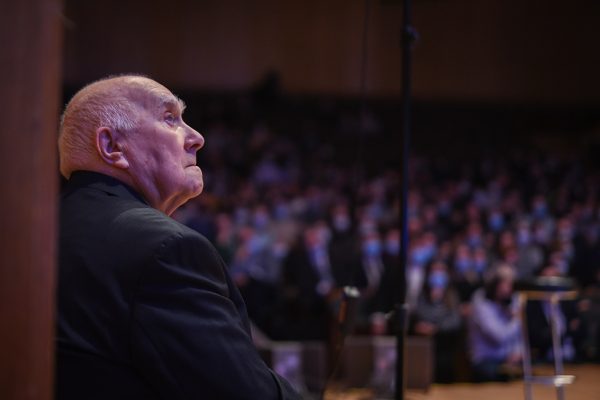 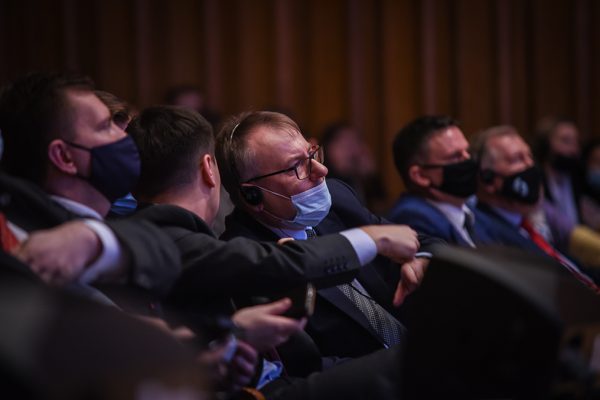 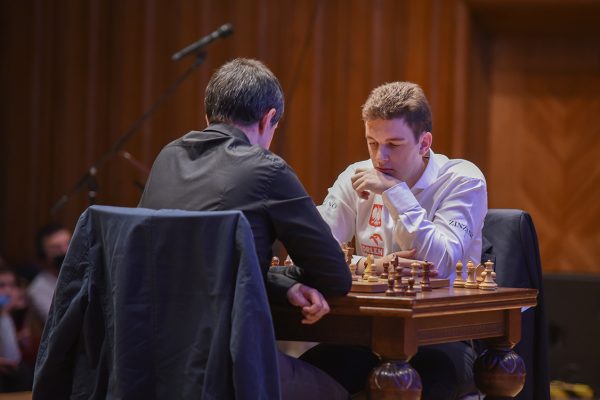 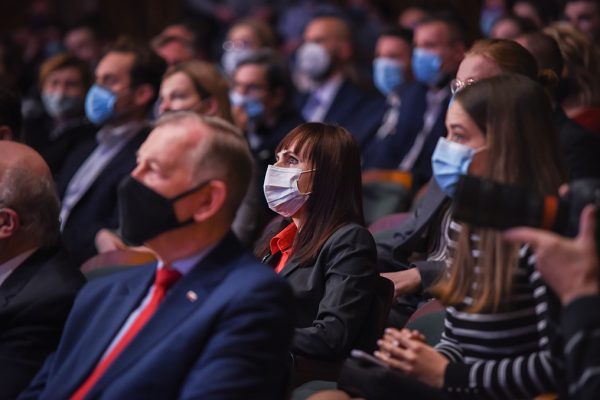 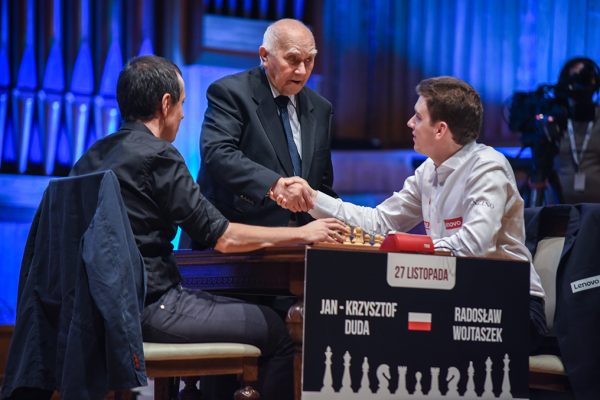 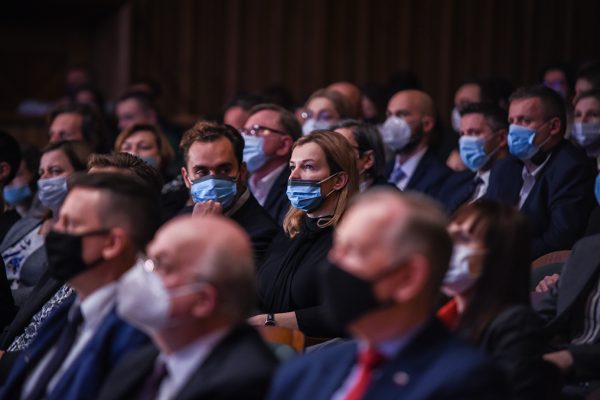 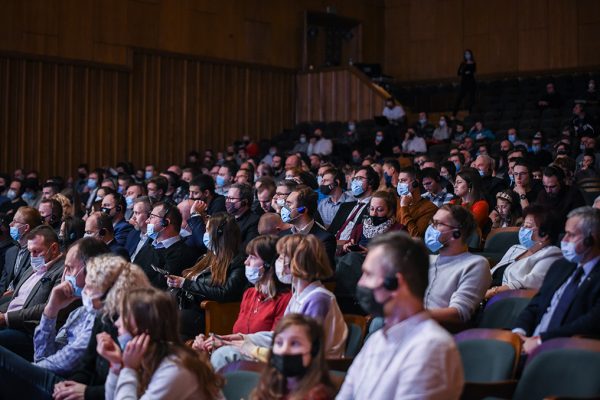