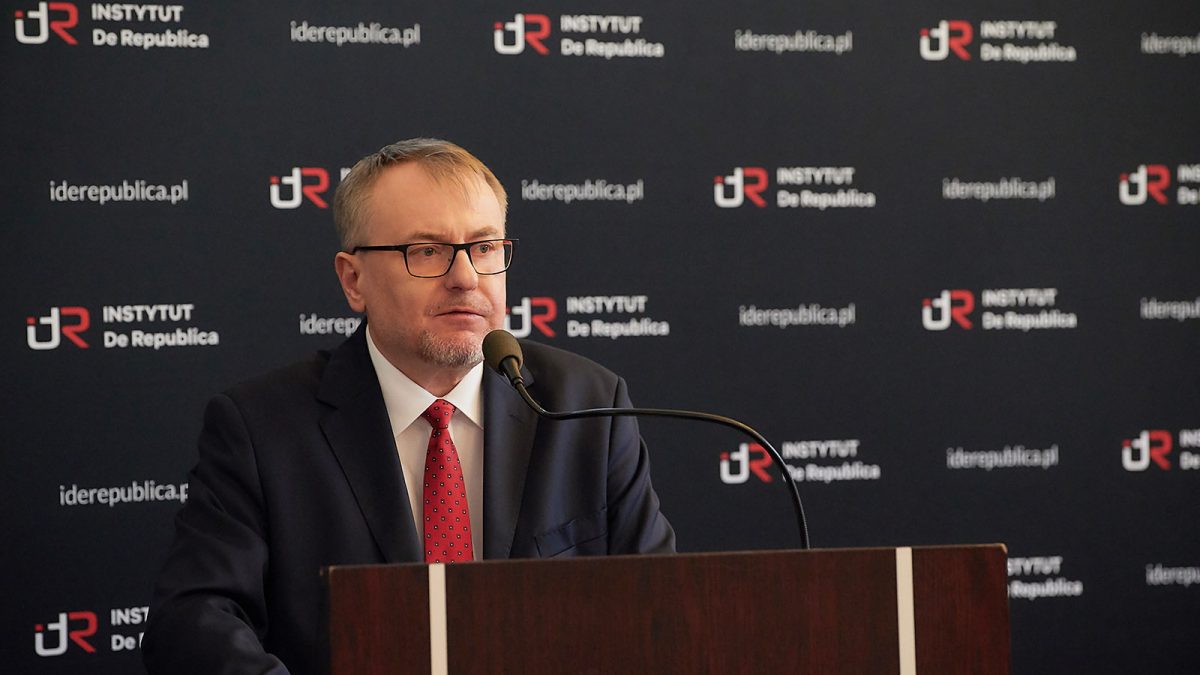 The Scientific Council of the Conference included: dr hab. Bogumił Szmulik, Director of the Institute De Republica, dr hab. Czesław Kłak, the Chairman, dr hab. Krzysztof Szczucki, President of the Government Legislation Centre, dr hab. Katarzyna Kaczmarczyk-Kłak, who represented the Kujawy and Pomorze University in Bydgoszcz, and dr Ewa Leniart, the Podkarpackie Province Governor. During the first part of the conference, the representatives of the Council, together with dr hab. Dariusz Kala, delivered lectures concerning, among others, the constitutional position of the President of the Republic of Poland, the right of clemency or the judiciary system, in the light of both abovementioned Constitutions.

– “From the time perspective, one may say that the experience of the functioning of the state under the March Constitution, in terms of unsatisfactory stability of the government, had an influence on the fact that the authors of the 1997 Constitution decided to implement solutions aimed at ensuring more harmonious functioning of the government. Its position was strengthened by the implementation of the institution of a constructive vote of no confidence. An extensive procedure for appointing the council of ministers was also implemented. The President of the Republic also gained a strengthened position in comparison to the model characteristic of the classic parliamentary governance system, which may be found in the March Constitution’s provisions. The most important manifestations of that strengthening of the Head of State position included a number of personal powers, which did not require the countersignature of the Prime Minister, and the principle of electing the President in general elections. The provisions of the March Constitution of 1921 as well as of the Constitution of 1997 thus have significant common features, which concern the fundamental aspects of the state system. We may even argue that the provisions of the March Constitution of 1921 in certain areas inspired the authors of the Constitution of 1997”, said dr hab. Bogumił Szmulik during his opening speech.

– “The celebration of the 100th anniversary of the enactment of the March Constitution is not only the opportunity to glorify that fact and to assess uncritically the legislator’s work of 1921. It also provides the opportunity to review in a critical manner the fate of the Republic of Poland 100 years after the enactment of the March Constitution. It is also the excellent moment to think of subsequent similar acts, such as the April Constitution, the Constitution of 1952 or the Constitution of 1997, on the threshold of its 25th anniversary. However, there is one issue which draws particular attention, it is certain peculiar legislative hubris of the legislator of 1997. The Constitution currently in force does not include any formula obliging the Parliament to review the Act after 25 years of its enactment. Neither the authors of the 3rd of May Constitution of 1791 nor of the March Constitution of 1921 manifested such conceit. There, the provisions enabling a review after 25 years were included. Nevertheless, despite their absence, we are obliged, as it were, to consider their provisions and propose certain amendments. It is my profound hope that this conference will contribute to a scholarly rethinking of our constitutional achievements, and that it will provide conclusions to be taken into account in future work aimed at improving the solutions included therein”, as emphasised in his speech dr hab. Krzysztof Szczucki.

The second part of the Conference was attended, among others, by the representatives of the public prosecutor’s office, the police and lawyers, who in their speeches referred to the issue of civil rights, the role and tasks of the investigating magistrate in the criminal process, the evolution of measures to combat crime, the protection of property or social rights in the light of the March Constitution and the Constitution of 1997. 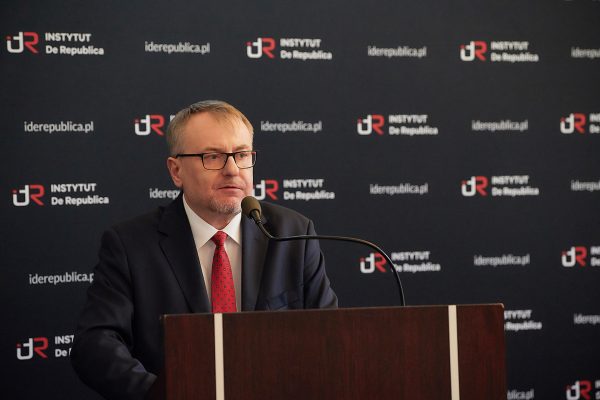 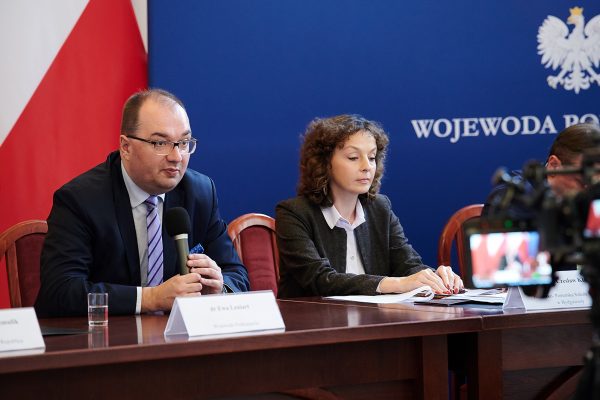 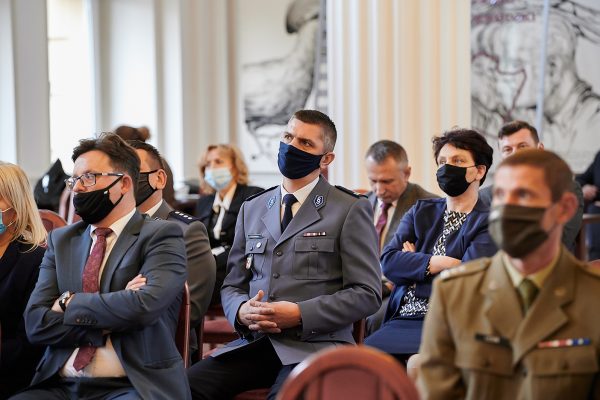 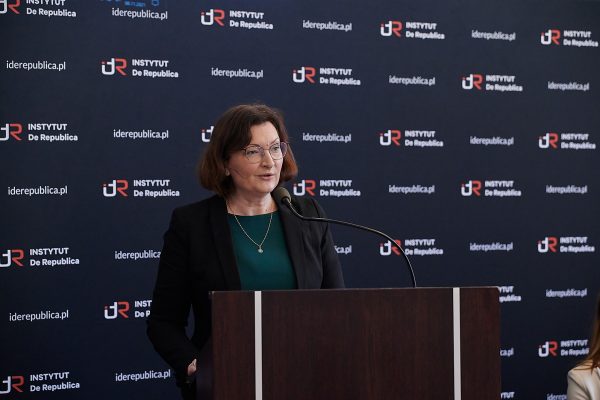 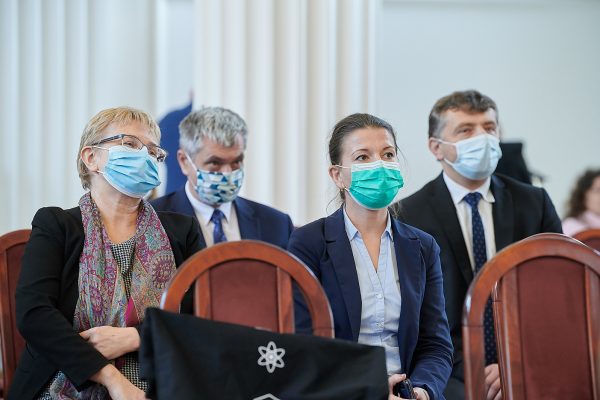 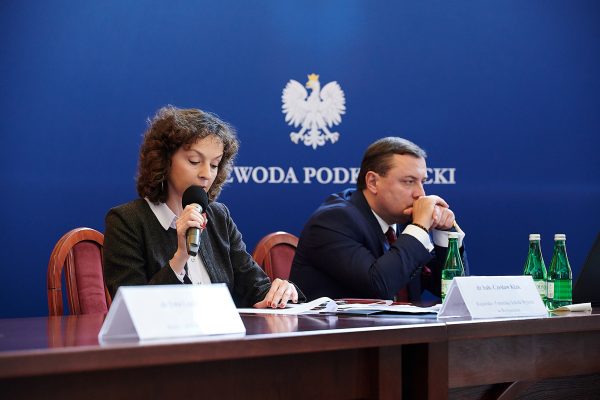 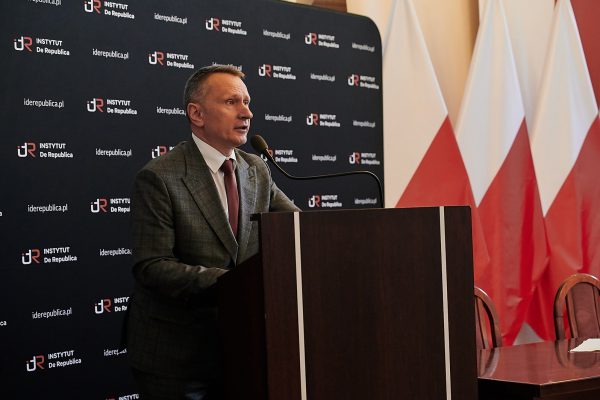 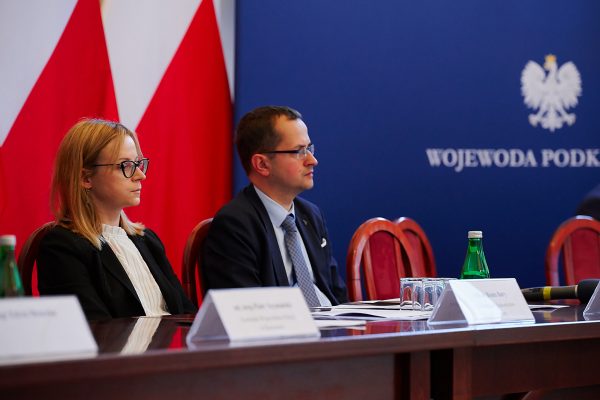 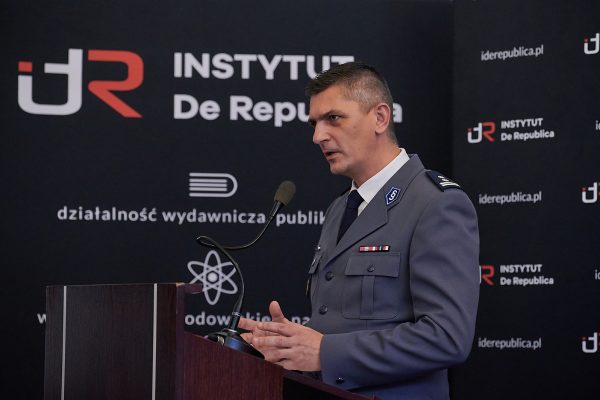 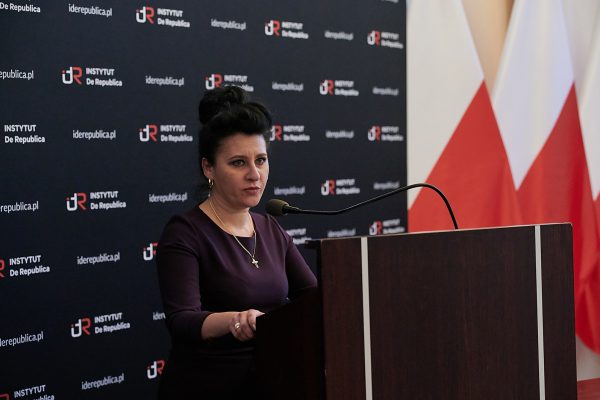 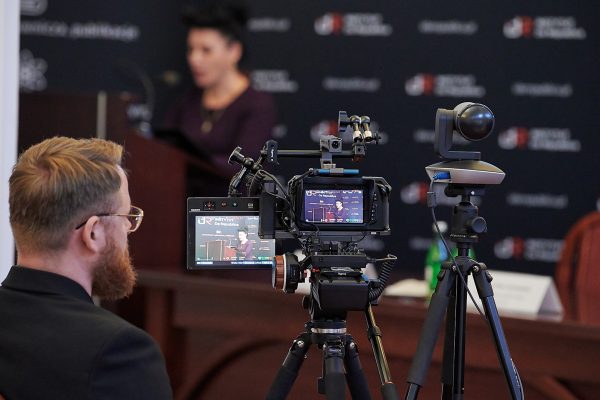 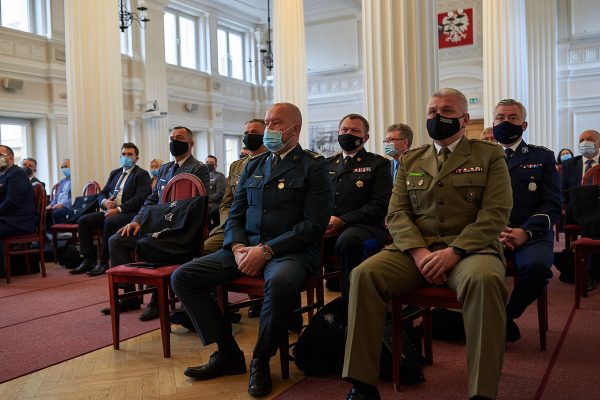 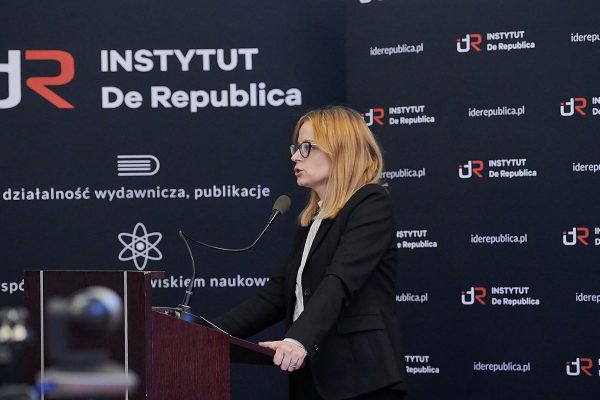 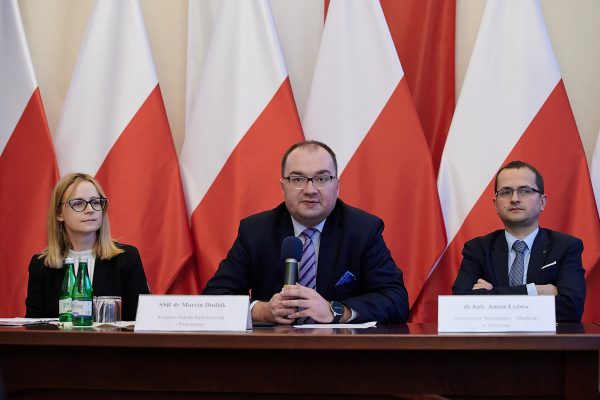 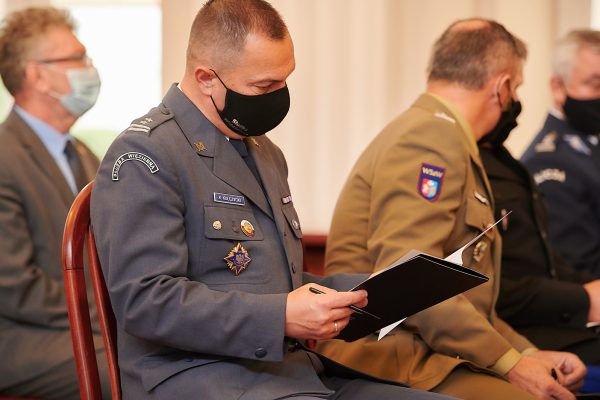 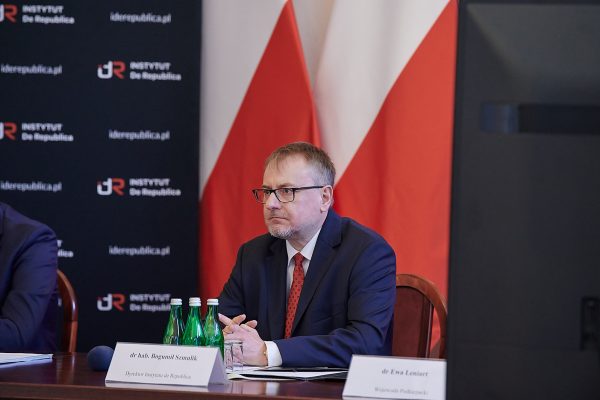 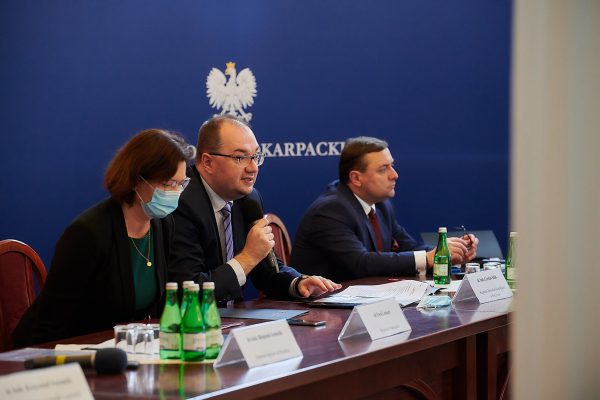 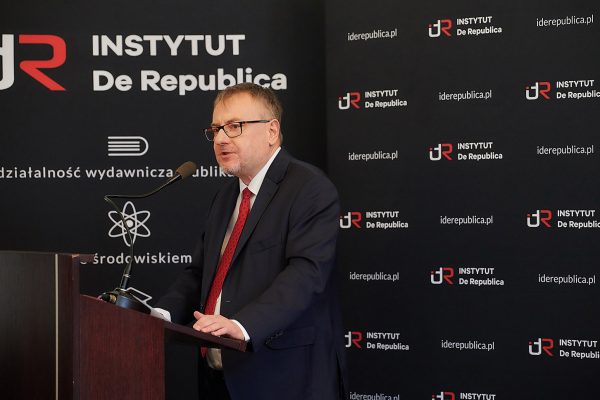 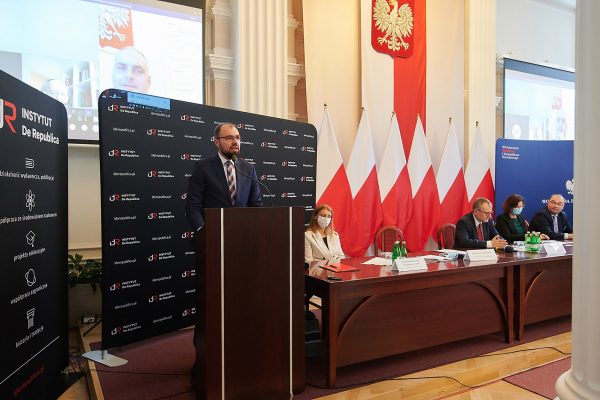 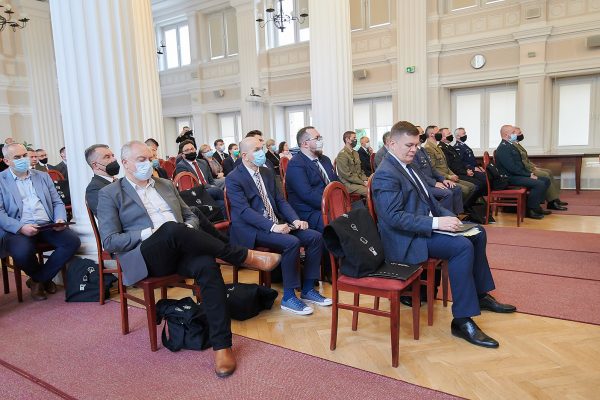 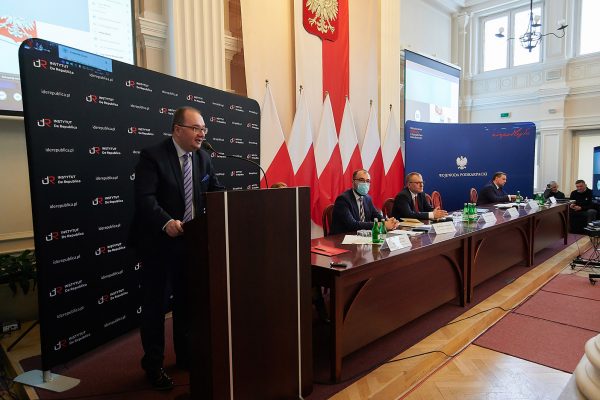