-“We want to know history, we want to learn it, we want to discuss it and learn new facts, because this is the knowledge that constitutes the identity of the nation”, said Łukasz Schreiber, the Minister at the Prime Minister of the Republic of Poland Office, one of the initiators and participants of the scientific conference “September 1939 – Bydgoszcz Events” organised by the Institute De Republica. The Conference in Bydgoszcz was attended by a number of eminent experts on the subject, and as the result of it there will be published a monograph commemorating the tragic events in Bydgoszcz, which are still subject to many historical understatements and controversies. 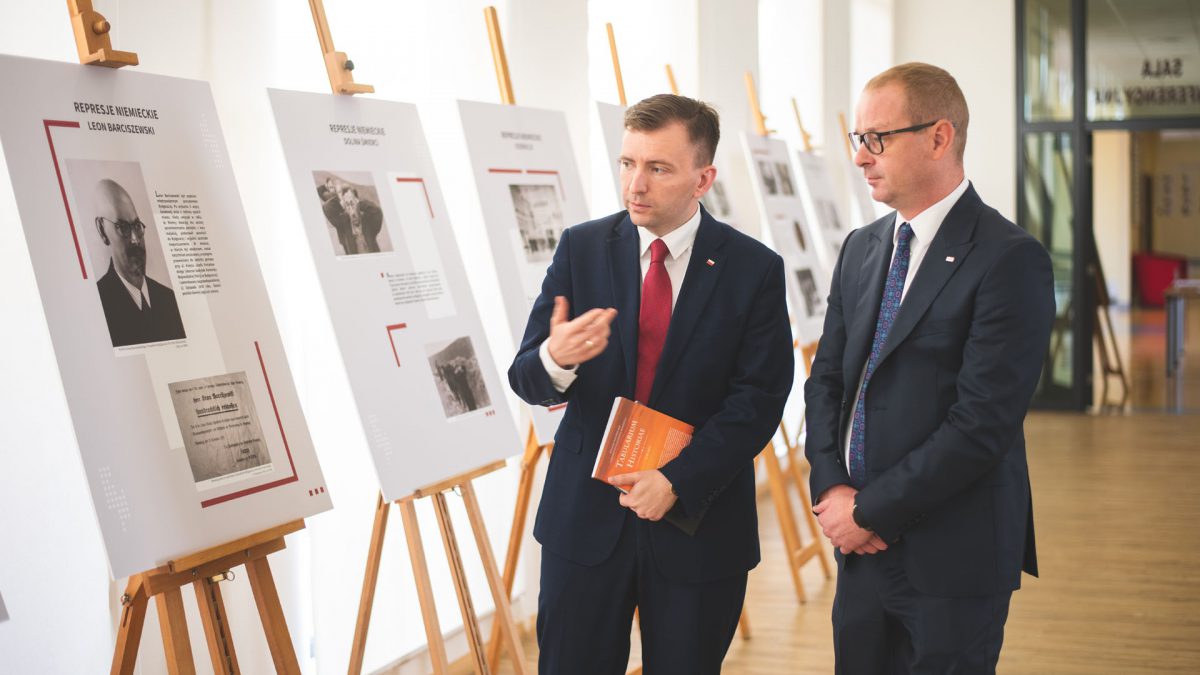 According to dr hab. Bogumil Szmulik, the Director of the Institute De Republica, the events in Bydgoszcz from the beginning of September 1939 have so far been underestimated in the scientific discourse. Therefore, the Institute De Republica and the Kazimierz Wielki University in Bydgoszcz have undertaken the attempt to change that. He emphasised that the purpose of the conference was to present reliable scientific research that unmasks the German wartime propaganda. The propaganda that turned the victims of Bydgoszcz into aggressors, which version has continued for years. He explained that, especially in the first days of the war, the Germans especially took care of the relevant messages to justify their cruel assault on Poland. During the conference on 3 September 2021, the results of many years of scientific research were presented and finally discussed by the invited guests. The whole materials will be published as a monograph by the Institute De Republica Publishing House.

It should be recalled that on 3 and 4 September 1939, German diversion took place in Bydgoszcz. While Polish soldiers were retreating from Bydgoszcz, they were fired upon all over the city. Many inhabitants of German origin joined the diversionists, who had come from the Third Reich. As the result of their actions, the civilians who were not involved in the shooting, both Poles and Germans, were also killed. Those events were accompanied by German persecution and murders of Polish civilians on a massive scale.

Therefore, during the Conference the panellists pointed out that we should not repeat the Goebbelsian term “Bromberger Blutsonntag” (“Bydgoszcz Bloody Sunday”). As one of the speakers noted, the “Bydgoszcz Events”, in their hypocritical version, were intended to justify German military actions with no declaration of war. The German propaganda was also intended to arouse the interest of the Western press in neutral countries and to provoke unfriendly comments towards Poland. Another speaker indicated that even after the war German historians, and unfortunately a few Polish ones, upheld that version. Therefore, the publication of Ginter Szubert – a historian and journalist of the late 90s – “Diversion in Bydgoszcz. Death of a legend”, in which he refutes native German accusations against the Bydgoszcz citizens, is of the significant importance.

During the conference, the research on the victims of the Bydgoszcz Events was also discussed. Unfortunately, we have no indisputable personal list of the killed. The thorough archival and library research carried out by the National Institute of Remembrance (IPN) resulted in the identification of 365 people who lost their lives in the city.

The Conference participants also discussed the nature of German and Soviet warfare on Polish territory. One of the lectures presented the Second World War as a new dimension of total war, carried out by all available means, “the aim of which is the total annihilation of the enemy, but primarily to strike at the nation”.

All the panellists postulated to publish books concerning the aforementioned issue in different languages in order to provide historians with reliable sources and to stop falsifying history “in the search to justify that which cannot be justified”.

The conference in Bydgoszcz was attended, among others, by representatives of the state administration, including the Minister at the Chancellery of the Prime Minister of the Republic of Poland, Łukasz Schreiber; the President of the Government Legislation Centre, dr hab. Krzysztof Szczucki, representatives of the government and local authorities and MPs, including Iwona Kozłowska, MP of the Platforma Obywatelska, and Jarosław Wenderlich, Undersecretary of State and Councillor of the Bydgoszcz City Council. The Kazimierz Wielki University, the co-host of the conference, was represented by its Rector, Prof. dr hab. Jacek Woźny, Dean of the Faculty of History, Prof. dr hab. Marek Zieliński, and dr hab. Marek Romaniuk. Among the panellists we heard outstanding scientists and respected historians, among them: dr hab. Bogusław Kopka (member of the Scientific Council of the Institute De Republica), Prof. dr hab. Marek Kornat (member of the Scientific Council of the Institute De Republica, the Cardinal Stefan Wyszyński University, Polish Academy of Sciences), dr Paweł Kosiński (IPN), dr hab. Janusz Kutta (the Kujawsko-Pomorska Szkoła Wyższa in Bydgoszcz), dr hab. Marek Romaniuk (the Kazimierz Wielki University in Bydgoszcz) and dr hab. Sylwia Grochowina (the Mikołaj Kopernik University in Toruń).

The Conference took place in the library building of the Kazimierz Wielki University in Bydgoszcz on 3 October 2021. It was accompanied by the exhibition of photographs entitled “Bydgoszcz 1939-1945”, prepared in cooperation with the Leon Wyczółkowski District Museum in Bydgoszcz. 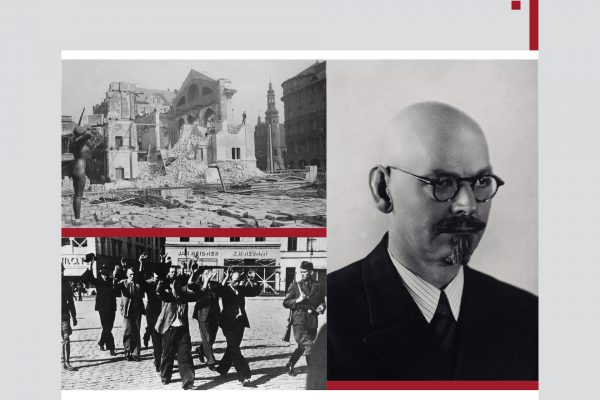 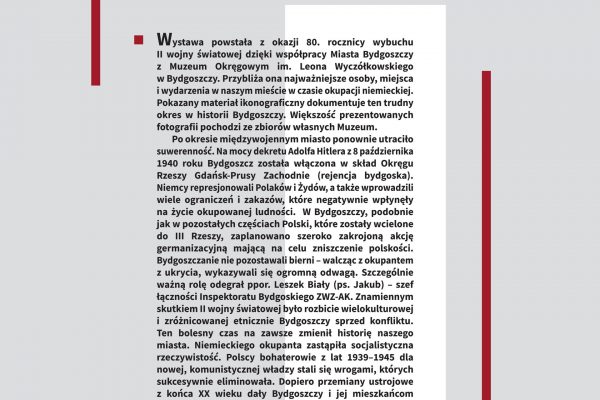 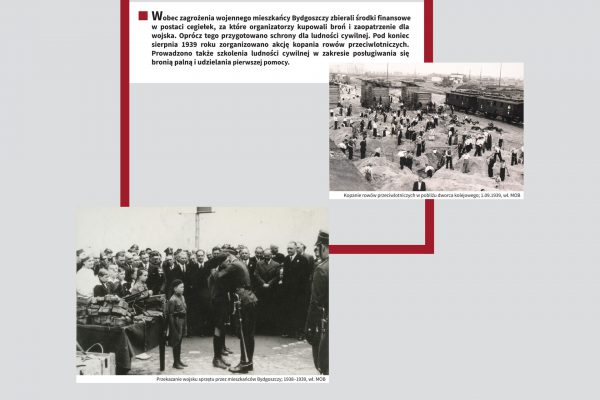 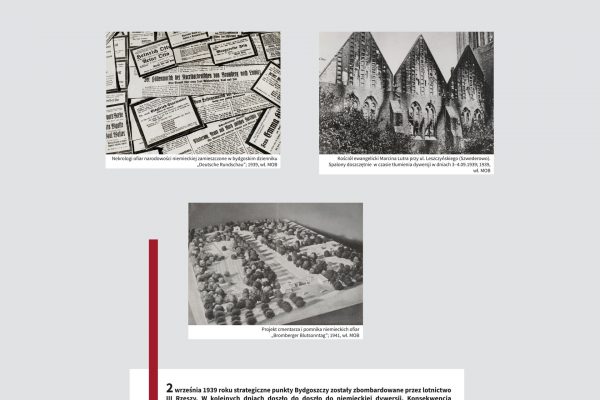 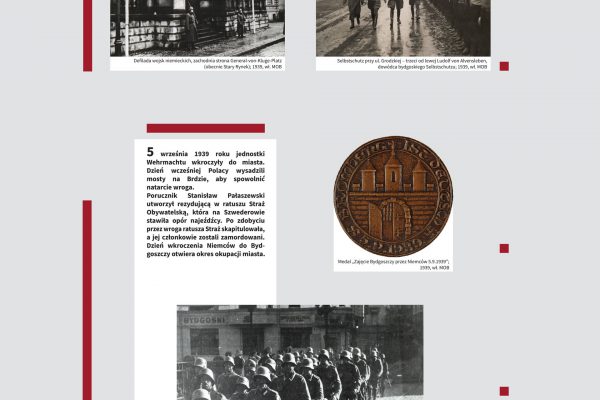 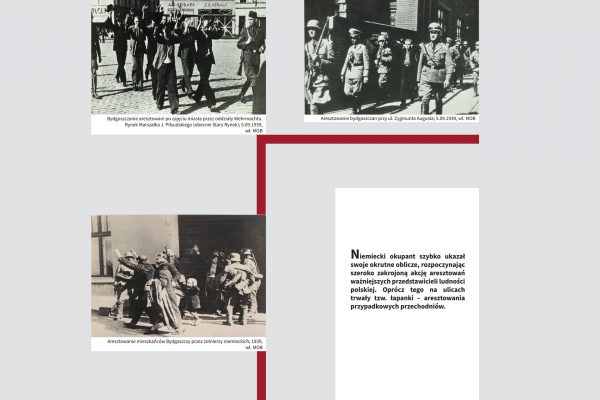 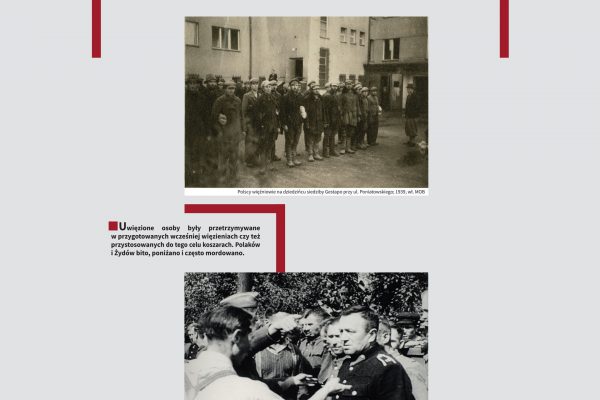 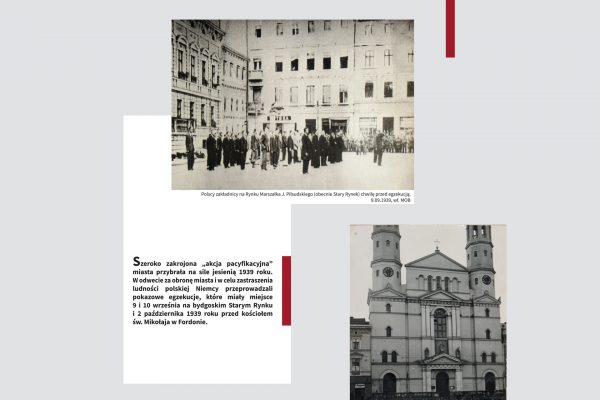 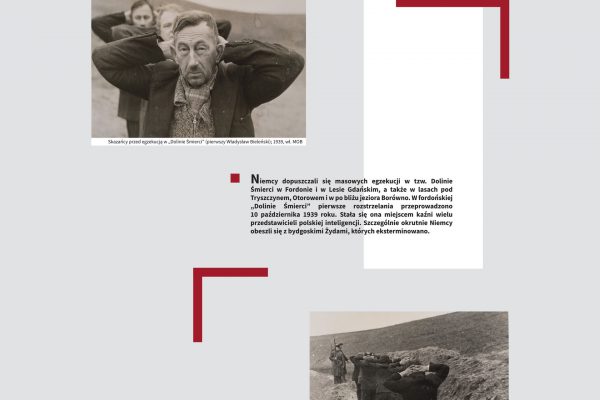 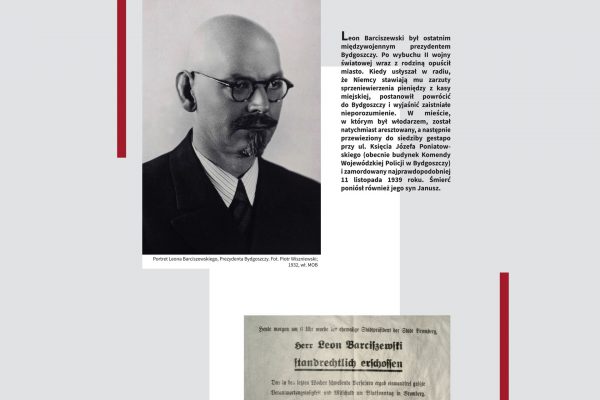 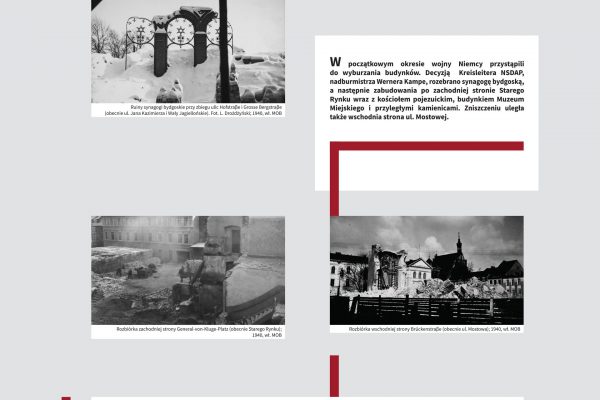 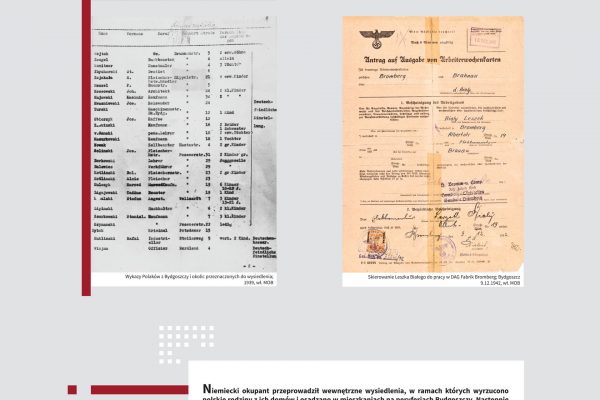 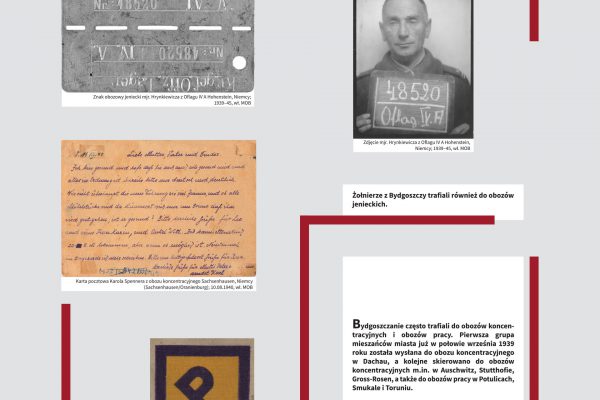 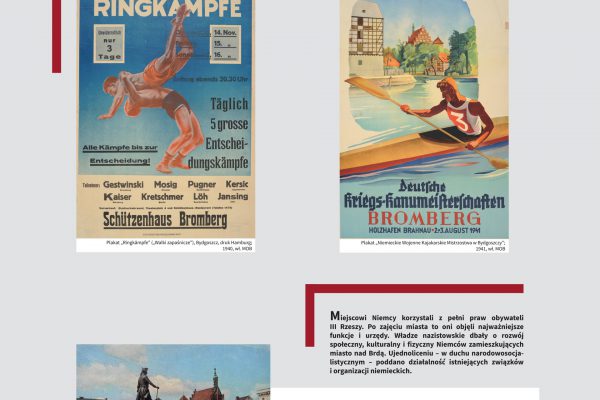 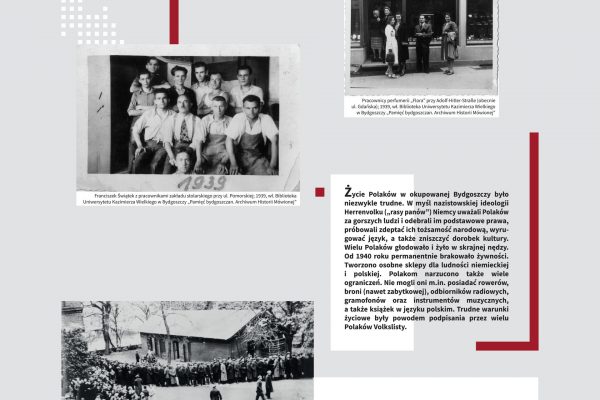 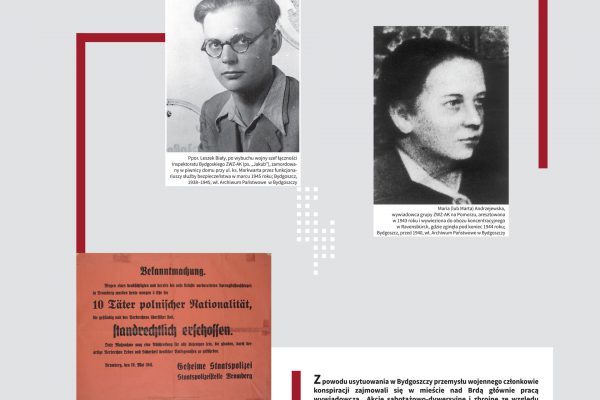 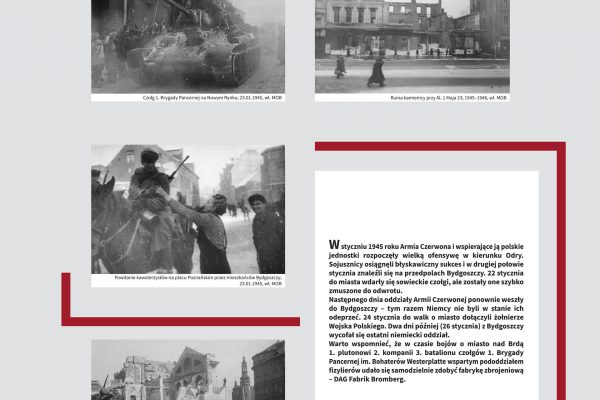 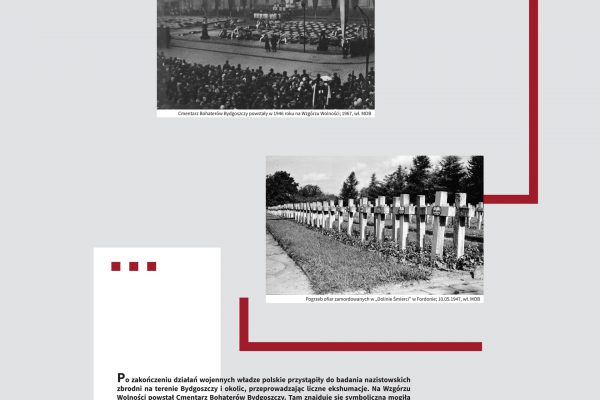 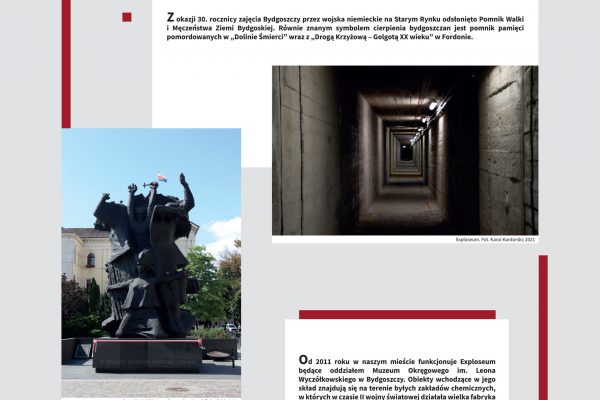 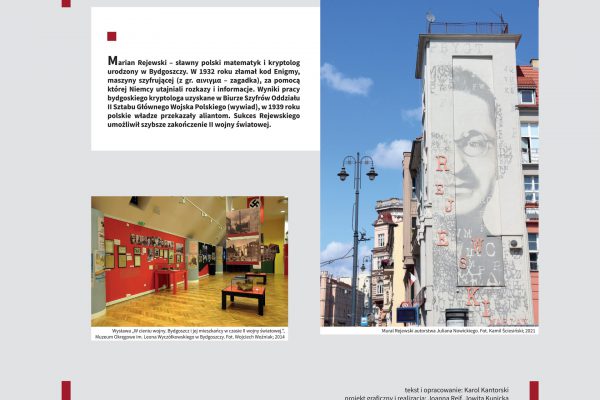