As many Poles of the partition period, he was born on 23 April 1908 in the Siberian town of Zudyra in the territory of the tsarist Russia. At his baptism he was given the names Władysław, Józef and Marian. Fate cast the family into that part of the Russian empire due to the construction of the Trans-Siberian Railway in 1891-1916, in which young Władysław’s father was involved. The Turowicz family stayed in tsarist Russia throughout the First World War, and when a civil war broke out there, they decided to return to the reborn Polish state in 1918.

Educated at Polish schools, Władysław Turowicz, who was interested in aviation popularised by the media, decided to study at the Polytechnic (University of Technology) in Warsaw after his matriculation examination in 1926. He studied at the Faculty of Mechanical Engineering, where the faculty’s aeronautical section was developing very dynamically. The three legendary RWD aeronautical constructors (Stanisław Rogalski, Stanisław Wigura, Jerzy Drzewiecki) originated from it. In 1930, after graduating from university, Turowicz began working as an engineer, and during his further education, while serving in the Polish Army, he was promoted to second lieutenant (with seniority on 1 January 1936, 48th rank in the corps of aeronautics officers – line group). However, problems with his eyesight prevented him from joining the ranks of the flying crews of the Polish Air Force. Thus, his future awaited him in the ground crew.

When the Second World War broke out, Turowicz, as an air force officer, left the Republic of Poland after 17 September 1939 along the so-called “Polish route” to Western Europe. During his stay in the Kingdom of Romania, he found his fiancée Zofia, a recognised glider pilot. The couple got married and, facing the threat of being arrested, left Romanian territory for Paris by rail. In France, Władysław was assigned as a technical officer to the air base in Lyon Bron, where the Polish Air Force was being reactivated, and in June 1940, after the defeat of the French, he was evacuated with thousands of Polish Army soldiers to Great Britain.

In Britain, he joined the Polish Air Force (PSP; Royal Air Force [RAF] number P-0881) as a test pilot, technical inspector and crash inspector. His wife also served with him, e.g., at the British Air Research Centre in Farnborough. During the Second World War, Turowicz served in technical services. Although his poor eyesight prevented him from flying combat missions in fighter and bomber squadrons, it did not prevent him from gaining experience in RAF auxiliary formations, such as the Air Transport Auxiliary (ATA). His experience in that field was to prove invaluable.

After the end of the Second World War, when the Polish Armed Forces in the West were disbanded on the British Isles in 1947, the soldiers faced a very difficult situation. A large group of the ground aviation staff emigrated to the world in search of bread, just to avoid returning to Poland, where the communists were gradually taking power. They found their chance when Pakistan gained independence on 14 August 1947. Due to the fierce conflict with India over Kashmir, the newly established state was intensively seeking trained aviation staff. The idea was to recruit PSP airmen, those who were not on their way to “free” Poland. Thus, a small group of them soon co-formed the Royal Pakistan Air Force (RPAF).

The recruitment was carried out by a two-member delegation of senior Pakistani Air Force officers who were accredited to the Pakistan High Commission in London. Both experienced veteran pilots and ground crews were interviewed at the Polish Airmen’s Association headquarters. Among those contracted to serve in the RPAF were not only instructors who could train Pakistanis on Hawker “Tempest” fighter aircraft or Douglas C-47 “Skytrain” transport aircraft, but also radio operators, air gunners and mechanics skilled in both the above airplanes and other types of aircraft previously used by the RAF and PSP. Out of the over one hundred PSP soldiers selected, three-year contracts were signed with forty-nine (the latest research indicates that the number was higher), including engineering pilot Captain Władysław Turowicz.

Polish airmen from the combat squadrons of the Polish Air Force, having hundreds of combat missions accomplished in the last war, together with instructors trained in interwar Poland (at the Dęblin School of Eaglets and the Aviation Junior Officer School) and in the British Isles (at Operational Training Units and specialist schools for air and ground crews), formed the Pakistani Air Force literally from scratch. They taught mainly piloting and aircraft maintenance. As the only foreigners in the Pakistani Air Force, they held senior command positions (Captain Julian Żuromski became the commander of the 9th Squadron of the PAF, and Major Mieczysław Wolański the commander of the 6th Transport Squadron). Polish aviators also formed the training staff at the PAF’s main aviation school, the Academy Risalpur (the so-called the House of Eagles), and Major Henryk Franczak subsequently became the pilot of Pakistan’s first civilian airline, Orient Airways Ltd. The Pakistanis were trained by recognised Polish glider pilots in the inter-war period (Jan Mikulski, manager of the Gliding School in Sokola Góra, and his wife, the legendary glider “Pantera”, Maria Younga-Mikulska, who was associated with the Gliding School in Bezmiechowa). While serving in the RPAF, two Poles died in plane crashes; they were buried in the Karachi and Rawalpindi cemeteries.

Captain Pilot Engineer Władysław Turowicz arrived at the airbase in Karachi in 1948. His wife Zofia, who later became a glider instructor, joined her husband with their daughters after a year. Under a three-year contract, Turowicz successfully managed to organise a training programme for RPAF pilots. His next experience was a professional transfer to Peshawar with a group of compatriots serving in the technical section of the Pakistan Air Force Command. After four years, in 1952, he was appointed commander of the airbase at Chaklala and in 1955 he became commander of the airbase at Koshi, and his promotion to the rank of Colonel in 1959 once again proved the respect he enjoyed. In 1960, Turowicz was appointed Deputy Chief of Staff of the Pakistan Air Force for Training. He left this post in 1967, retiring with the rank of General.

This founder of Pakistani aviation was also a pioneer of Pakistani space research. While still on active service, he joined the Space and Upper Atmosphere Research Commission (SUPARCO) in 1966 and became its executive director in 1967. He was part of a team of Pakistani scientists developing a rocket and space programme and managed to convince the US National Aeronautics and Space Agency (NASA) to cooperate with SUPARCO. During the Cold War, in the context of the tense relations between Pakistan and India, Turowicz and the Pakistanis were part of a team that developed a tactical ballistic missile project. The first Pakistani Rehbar-1 missiles and the core of the national nuclear programme were then developed.

The conquest of outer space

Despite his weakening health, Władysław Turowicz did not stop working. Under the caring eye of Zofia, who resigned from her job in 1970 in order to take care of her husband, he worked on the conquest of space. He created a programme of unmanned orbital flights.

During the Second World War, he was awarded the Polish Air Medal (granted exclusively to PSP aviators) three times, and after the war he was honoured with a number of Pakistani distinctions: in 1965 Sitara-e-Pakistan, in 1967 Tamgha-e-Pakistan and Sitara-e-Khidmat, and in 1971 Sitara-e-Quaid-e-Azam.

General Władysław Turowicz died on 8 January 1980 in a car accident. He was buried at the Gora Qabristan Catholic cemetery in Karachi. Zofia Turowicz, a Pakistani citizen since 1961, was awarded the Pro Memoria medal by the Consul General of the Republic of Poland on 9 June 2005 for her services in fighting for Poland’s independence. On 20 November 2005, in Karachi, she was awarded the Gold Medal of the Polish Army by the Secretary of State at the Ministry of Defence for her services in promoting the good name of the Polish Army in the world.

In honour of the Pole, co-founder of Pakistani aviation, on 14 August 2006, on the Pakistan’s national holiday, a statue of Władysław Turowicz was officially unveiled in the main hall of the Pakistani Air Force Museum in Karachi, as well as an exhibition dedicated to him was opened. The monument, erected next to the SUPARCO headquarters (where Turowicz’s son, who followed in his father’s footsteps, works), also commemorated him in Lahore.

Unfortunately, he is a forgotten person in Poland. There are no plaques, monuments or streets in his memory. However, there is a film directed by Anna T. Pietraszek, broadcast by the Polish Television in 2008, entitled Polskie Orlęta na pakistańskim niebie (Polish Eaglets in the Pakistani Sky), which slightly acquainted Poles with the role of both the Turowicz family and other Polish airmen in the foundation and development of the PAF. 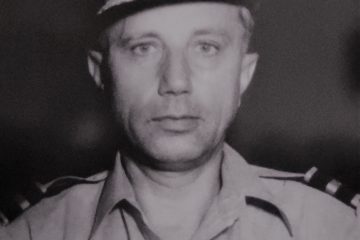 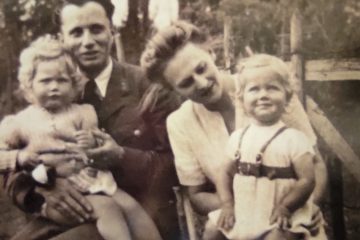 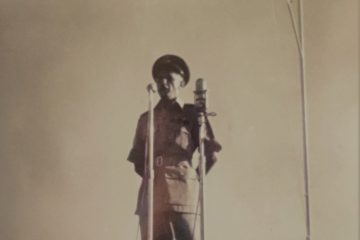 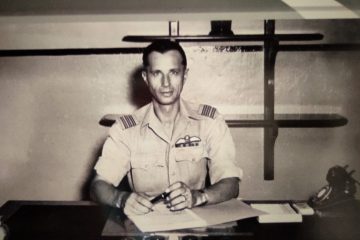 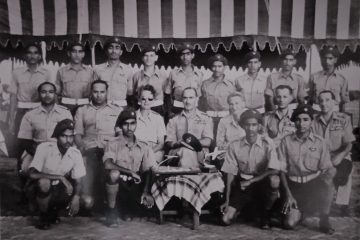 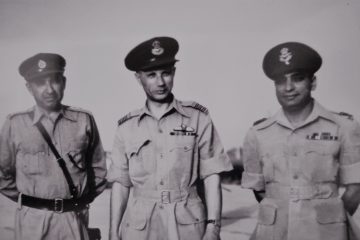 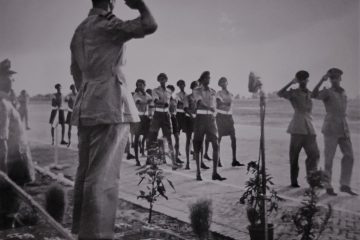 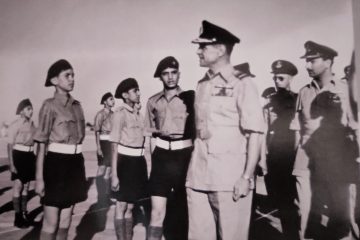 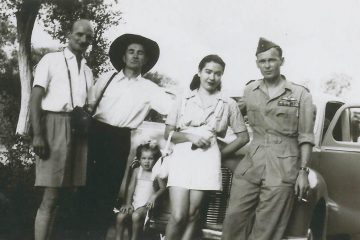