Stefan Banach is considered the most outstanding Polish mathematician in history and one of the greatest mathematicians of the 20th century. In the reference database “Zentralblatt für Mathematik”, covering mathematical works published worldwide in the last 150 years, Banach’s name appears most frequently in the titles – over 27 thousand times.

He was born on 30 March 1892 in Kraków as the illegitimate child of Katarzyna Banach and Stefan Greczek. His mother worked as a maid and his father served in the army – the Austrian authorities did not allow him to marry. The little Stefan was brought up by Franciszka Płowa, a laundry owner in Kraków, who, together with her niece Maria Puchalska, looked after him until his maturity exam. In 1902-1910, Banach attended the 4th Gymnasium in Kraków in Podwale Street (established in 1901 as an independent branch of the 1st St Anne’s Gymnasium). Although he was mathematically talented, after graduating from school he concluded that there was not much new to be achieved in mathematics, so he decided to study at a technical university. There was no such school in Kraków, therefore he went to Lwów, where in 1914 he obtained the so-called semi-diploma at the local technical university. In the same year, the First World War broke out and Banach returned to Kraków. There he informally attended selected lectures at the Jagiellonian University and became acquainted with mathematical literature. He used to spend most of his time discussing mathematics with his friends: Otto Nikodym (1887-1974) and Witold Wilkosz (1891-1941), both of whom became later eminent mathematicians.

In 1916, Hugo Steinhaus (1887-1972), who had earlier studied mathematics in Göttingen, where he obtained his doctorate in 1911, stayed in Kraków. Much later, he became famous for his remarkable scientific achievements and excellent popular science books, as well as being the author of famous witty aphorisms published in Słownik racjonalny (the Rational Dictionary). One summer evening Steinhaus went for a walk along the Planty park. Suddenly he heard the words “Lebesgue’s integral”. In his memoirs he wrote that those words were “so unexpected that I approached the bench and became acquainted with the disputants: it was Stefan Banach and Otto Nikodym who were discussing mathematics”. The term “Lebesgue integral”, nowadays one of the basic concepts of higher mathematics, was then known virtually only to specialists. Steinhaus joined the conversation during which he mentioned a problem he had just been working on. And when a few days later Banach presented him with the solution to the discussed problem, Steinhaus realised that he was dealing with an extraordinary mathematical talent. He used to say later that his greatest discovery was the discovery of Banach.

In the autumn of 1917, Steinhaus left Kraków, where Banach developed his professional activity. He became one of the founding members of the Mathematical Society in Kraków, which was subsequently transformed into Polskie Towarzystwo Matematyczne (the Polish Mathematical Society), he delivered lectures at its meetings. In 1920, he moved to Lwów, and upon Steinhaus’ intercession, was employed at the Polytechnic of Lwów as an assistant of Antoni Łomnicki (1881-1941). Also in 1920, Banach married Łucja Braus (1897-1954).

In June 1920, he presented his doctoral thesis at the Jan Kazimierz University in Lwów, whose reviewers were Hugo Steinhaus and Eustachy Żyliński (1889-1954). In November and December 1920 Banach passed the examinations required by law, and in January 1921 he was promoted to the doctoral degree. His paper O operacjach w zbiorach abstrakcyjnych z zastosowaniami do równań całkowych (On operations in abstract sets with applications to integral equations), published in French in 1922 in the journal “Fundamenta Mathematicae”, provided results of extraordinary significance. In the paper its author defined the spaces which were later called “Banach spaces”.

The objects of higher mathematics are primarily certain general structures. Banach spaces turned out to be ideal in certain respects – they adequately generalised all the relevant function spaces that had previously been considered. The key idea was to choose a set of relevant properties. Independently of Banach, an analogous definition was provided at the same time by the eminent American mathematician Norbert Wiener, who however abandoned the issue. Another interesting result included in Banach’s dissertation was the theorem of the fixed point. It proves, for instance, that if we place a map of Poland somewhere in Poland, then exactly one point of it will be located in the place it depicts.

In 1922, Banach obtained his habilitation (postdoctoral degree) at the Jan Kazimierz University in Lwów and was appointed professor of that university; the chair of the Second Department of Mathematics was entrusted to him. Also in 1922, his son Stefan jr (1922-1999) was born. In 1924, Banach became a correspondent member of Polska Akademia Umiejętności (the Polish Academy of Arts and Sciences). The academic year 1924/1925 he spent in France as a Rockefeller Foundation scholarship holder. In 1927, he was appointed full professor at the Jan Kazimierz University. The works of Banach and his associates gave rise to a new branch of mathematics – functional analysis. In particular, at the end of the 1920s, three significant theorems, currently known as the Banach-Steinhaus theorem, the Hahn-Banach theorem and Banach’s theorem of a closed graph, were developed.

The famous School of Mathematics in Lwów was active under the strong influence of Banach. There are legends about the unique atmosphere among the mathematicians of the school. Their meetings in the Scottish Café, during which they discussed mathematics, formulated problems and noted them down on marble table tops, played a very important role. The problems (for solving some of them prizes were offered) were written down in a special notebook called the Scottish Book. Banach loved the atmosphere of the café and he worked very well in such surroundings.

Those who knew Banach claimed that he published only a part of his mathematical achievements, because he was constantly coming up with new ideas; he even exploded with ideas. In addition to his conceptual work, he was actively involved in teaching, lecturing at the university and polytechnic. In 1930, he was awarded the Science Prize of the city of Lwów. Moreover, he wrote school and university textbooks.

In 1928, Banach and Steinhaus founded a mathematical journal in Lwów, publishing mainly scientific papers concerning functional analysis, “Studia Mathematica”. The full power and strength of the new branch of mathematics was manifested in the late 1920s and early 1930s, after Banach’s publication of the aforementioned theorems and his monograph Operacje liniowe (Linear Operations) in 1931. A year later, the book was published in French and the mathematical world recognised the significance of the author’s achievements, in particular Banach spaces. This was proved, inter alia, by his invitation to deliver a plenary lecture at the International Congress of Mathematicians in 1936 in Oslo. Such congresses are held once every four years, they are the most important mathematical conferences in the world, and the invitation to lecture at them is considered a great honour. Banach’s monograph remained the most relevant textbook on functional analysis for over a quarter of a century.

In 1939, Banach was elected president of Polskie Towarzystwo Matematyczne, and in June of that year he was awarded a prestigious prize by Polska Akademia Umiejętności. Following the annexation of Lwów by the Soviet Union, the local mathematicians continued to work at the university, which was renamed the Ivan Franko University, and Banach became dean of the Faculty of Physics and Mathematics. He also became a member of the Academy of Sciences of the Ukrainian Soviet Socialist Republic. However, in 1941, after the German army entered Lwów, the university was closed. Banach lived in very difficult conditions, working, inter alia, as a lice feeder at the Weigl Institute. When it turned out after the Second World War that Lwów would be outside the Polish borders, Banach intended to return to Kraków and accept the chair at the Jagiellonian University, created especially for him. Unfortunately, he did not manage to leave – he died on 31 August 1945.

On the 100th anniversary of the famous conversation, the bench with figures of Banach and Nikodym was placed in the Planty park in Kraków. The name of Stefan Banach was given, for instance, to the Main Prize of the Polish Mathematical Society and to the medal awarded since 1992 by Polska Akademia Nauk (the Polish Academy of Sciences) and Międzynarodowe Centrum Matematyczne (the International Mathematical Centre) in Warsaw. Nowadays numerous important theorems are named after him, and Banach spaces are still studied by mathematicians – it is due to them Banach’s name appears so frequently in the titles of scientific papers. 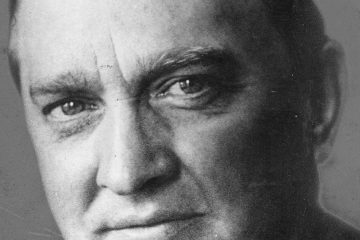 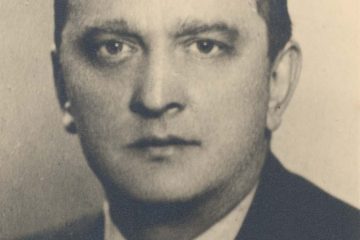 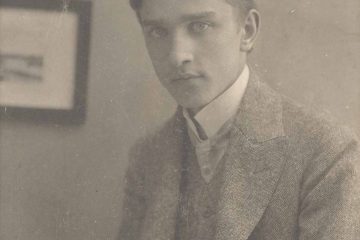 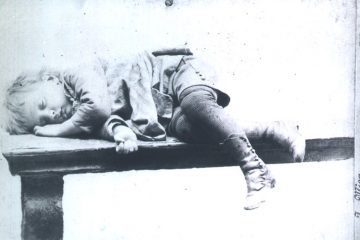 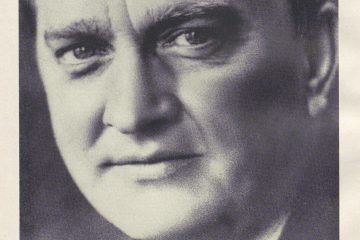 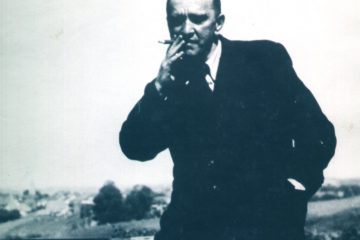 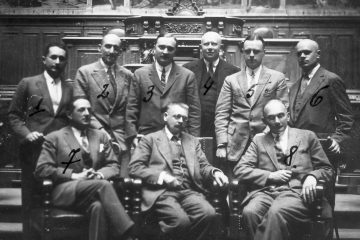 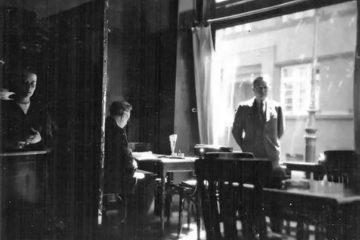 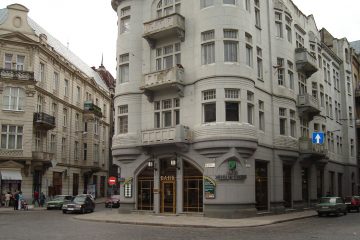 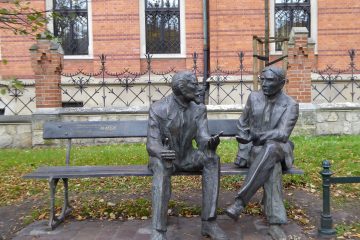 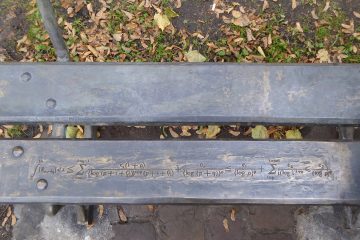