Zaremba was born on 3 October 1863 in Romanówka (now Ukraine). In 1881, he graduated from a secondary general school (with German as the first language) in St Petersburg, where he subsequently enrolled in the St Petersburg Institute of Technology. He received his diploma in 1886 and then he went to Paris to study mathematics. In 1889, he defended his doctoral thesis at the Sorbonne, in which he solved the problem that had been pending for over thirty years. In 1858, the Paris Academy of Sciences announced a competition on the thermal state of an unlimited homogeneous medium. Although various scholars, including Bernhard Riemann (1826-1866), one of the greatest mathematicians of the 19th century, submitted papers for the prize, none of them was considered correct solution to the problem.

The doctoral dissertation provided Zaremba with an appropriate scientific position in France, which was then one of the world’s major mathematical powers. After obtaining his doctorate, Zaremba worked – according to French standards of the time – as a professor of mathematics at secondary schools in Digne, Nimes and Cahors. At the same time, he continued his scientific work and published in reputable French journals. Although it would have been much easier for him to continue his scientific development in France, he decided that contact with the world of mathematics was necessary for his homeland and accepted the Chair at the Polish-language Jagiellonian University, operating in the Austro-Hungarian Empire. This decision, indicative of his extraordinary patriotism (it should be noted that Zaremba’s wife, Henriette née Cauvin (1866-1953), was French), had a great impact on the later prominence of Polish mathematics.

At the Jagiellonian University Zaremba quickly became active in research, teaching and organisation. Appointed to the position of associate professor in 1900, he was promoted to full professor five years later. As early as in 1903, he was elected a member of the Akademia Umiejętności in Kraków. Zaremba invited outstanding foreign scholars to Kraków, which gave Poles the opportunity to learn about the latest important research subjects and new mathematical results. In the academic year 1915-1916, he held the post of Dean of the Faculty of Philosophy.

At the turn of the 20th century, Zaremba published several papers in which he introduced original methods for solving specific differential equations. After the publication of one of them, concerning an equation, Henri Poincaré wrote a twenty-four-page article entitled Analyse d’un mémoire de M. Zaremba, in which, after a historical introduction and a brief characterisation of other contemporary results, he discusses precisely Zaremba’s results. Poincaré (1854-1912) was one of the most eminent mathematicians in history. He dedicated an independent text to the results of the Polish scientist almost immediately after their publication! Not many have had such an honour.

Jean-Paul Pier’s book Development of mathematics 1900–1950 (Birkhäuser 1994) presents the most significant achievements of mathematics in the first half of the 20th century, in particular years. One of those that appears next to the date 1909 is Zaremba’s famous example. Zaremba provided the example showing that in a certain situation the Dirichlet problem Δu = 0 has no solution, and demonstrated the non-existence of this solution using an incredibly ingenious method. The equation Δu = 0 plays an important role in various branches of mathematics and also describes a number of processes occurring in nature. In the description of physical phenomena it appears, inter alia, in issues of thermal and electric conductivity, in mechanics or hydrodynamics. In fact, it is said to be omnipresent in mathematical physics. Zaremba’s article concerning this example was published in “Acta Mathematica”, one of the most prestigious scientific journals in the world. Another achievement mentioned in Pier’s book is the method of orthogonal projections in the theory of the Dirichlet problem, introduced by Zaremba.

Zaremba’s work initiated a very important current of research on so-called reproducing nuclei, now called Bergman nuclei, despite the fact that Stefan Bergman (1895-1977) began his research on them over a dozen years later.

Zaremba also wrote scientific papers in physics. He worked, inter alia, on the problems of the velocity distribution of liquids in a tank in which part of the wall was suddenly removed. Together with the mineralogist Stefan Kreutz, he worked on crystallographic networks and their classification. Their joint monograph significantly influenced the development of crystallography.

Zaremba paid great importance to his teaching activities. He authored over twenty textbooks and monographs. Those of them that were published in Polish were primarily concerned with arithmetic, mechanics, number theory and basics of mathematical analysis. In the preface to Teorii wyznaczników (The Theory of Determinants) he wrote: “In my opinion, the main point is that our youth should be able to obtain a general education from books written in their mother tongue”. For many years, he remained the curator of the Mathematics and Physics Club of the Jagiellonian University.

He was one of the co-founders of the Mathematical Society in Cracow, later transformed into Polskie Towarzystwo Matematyczne (the Polish Mathematical Society). The founding assembly, which was held on 2 April 1919, unanimously elected Zaremba its president. From that moment until his death, during consecutive terms of office, he served as either the president or the acting vice-president. He was also the founder and first editor (he held this function until his death) of the annuals of the Polish Mathematical Society “Annales de la Société Polonaise de Mathématique”, which published research papers on mathematics.

The most important mathematical conference in the world is the International Congress of Mathematicians, held every four years (since 1897). It is a great honour to be invited to give a lecture at a congress. Zaremba delivered lectures in sections at congresses five times, as no other Pole. Zaremba was elected vice-president of the congress in 1932, in Zurich. It was there that it was decided to establish the Fields Medal, widely regarded as the mathematical equivalent of the Nobel Prize. The decision was made by the congress’ Executive Committee, composed of the president and vice presidents of the congress. Earlier, in 1920, the congress in Strasbourg established the International Mathematical Union, an organisation of great importance to the world mathematics. The founding act was signed by representatives of eleven countries, including Poland, on behalf of which Zaremba represented our country.

Zaremba retired in 1935, however, he did not discontinue his activities at the university. He received the rare honour of being appointed honorary professor of the Jagiellonian University. He died on 22 November 1942 in Cracow. His son Stanisław Krystyn (1903-1990) was also a mathematician as well as a well-known mountaineer.

Henri Lebesgue (1875-1941), one of the most outstanding mathematicians of the 20th century, once stated: “Zaremba did not publish any work unnecessarily. […] Among Zaremba’s works, many of which are of fundamental importance in mathematics, there are no contributory works”.

Zaremba was a doctor honoris causa of the Jagiellonian University, the University of Caen and the University of Poznań, an active member of the Polish Akademia Umiejętności, a member of other scientific societies, including a corresponding member of the Russian Academy of Sciences in Leningrad (this name was given to the eminent Petersburg Academy of Sciences in the 1920s), as well as the laureate of numerous prestigious awards. He was appointed an officer of the Legion of Honour by the President of the French Republic, a distinction of exceptional importance for a non-French scholar. 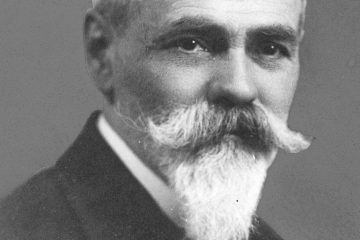 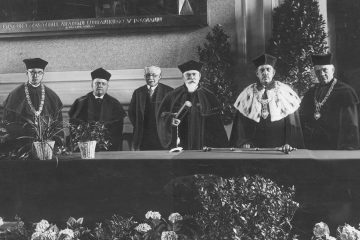 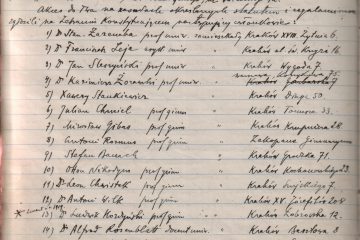 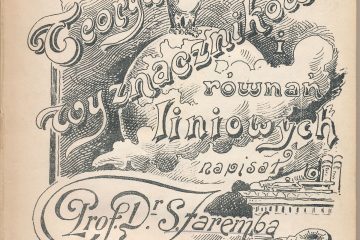 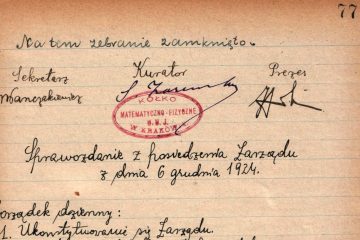 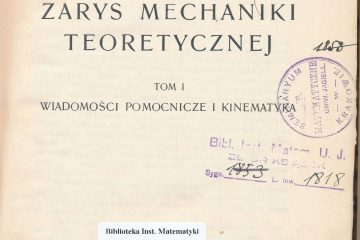