Ferdynand Karo, a pharmacy master, devoted his life to his passion – botany. He was among the group of Poles who voluntarily decided to go to the remote parts of Russia. His achievements made him one of the most distinguished Polish researchers of Siberia, among whom were such exiles as Benedykt Dybowski (1833-1930), Aleksander Czekanowski (1833-1876), Jan Czerski (1845-1892), Wacław Sieroszewski (1858-1945) and Bronisław Piłsudski (1866-1918).

He preserved the flora on over eighty thousand herbarium cards. Herbaria are one of the oldest and at the same time indispensable contemporary sources of systematic botany. Their value is currently increasing due to the mass extinction of plant species worldwide. Herbarium specimens are therefore in many cases the only evidence of their existence and provide truly invaluable research material. The Polish pharmacist’s collections are housed in natural history museums and botanical institutes all over the world, inter alia, in Warsaw, Kraków, Jena, Basel, Zurich, Lausanne, Berlin, Munich, Göttingen, Paris, Vienna, Genoa, Florence, Leiden, London, Irkutsk, Chita, St. Petersburg and Kiev. In Poland, its largest collection is currently held in the herbarium of the Faculty of Biology of the Warsaw University. Among the sheets with 493 species of plants are also those previously held by the Warsaw Pharmaceutical Society.

Youth – the birth of passion

Ferdynand Karo was born on 6 May 1845 in Brześć Litewski. He was the son of Kajetan Caro (Karo) and Anastasia née Wołcakiewicz. The Karo family moved from Warsaw, where Ferdynand’s father ran a restaurant in the “Rzymski” hotel, to Czarny Las near Częstochowa. In 1855, he purchased in Częstochowa (leased since 1852) a building near the new station of the Warsaw-Vienna Railway, in which he opened a hotel and a restaurant (now “Polonia” hotel).

Presumably due to his Protestant confession, his parents sent Ferdinand to the Holy Spirit Gymnasium in Wrocław. There, due to the botanist Dr Juliusz Milde, his great passion for nature was born. Already at the age of 12, on the label of an orchid (Liparis loeselli (L.) Rich.) he wrote, not without pathos: “In the surroundings of Wrocław […], on the peaty meadows together with D. Milde we discovered”.

He chose pharmacy as a profession. In 1861, he became an apprentice at Henryk Spiess’s pharmacy in Warsaw. In the years 1863-1864, during the January Uprising, he was a secret courier of the National Government – as Hryniewiecki wrote, “in close contact with R. Traugutt”. In March 1864, he was arrested and imprisoned in the 10th Pavilion of the Warsaw Citadel. He avoided exile deep into Russia, with the help of his family, and the same year he returned to Częstochowa to continue his practice as a pharmacist’s assistant to Romuald Wenda (1864-1866). In 1866, after passing the “sub-apothecary” exam, he began to study pharmacy at the Warsaw Main School, and in 1868, after a two-year course, he obtained the title of “provisor” (provider). During his studies he prepared his first floristic work dedicated to the surroundings of Warsaw, which was published in “Oesterreichische Botanische Zeitschrift” in Vienna (1867).

Immediately after his studies, he married Zofia Barthl de Weidenthal and settled in Łosice near Siedlce, where he ran a pharmacy for several years. In 1874-1880, he owned a pharmacy in Częstochowa, at Panny Maryi Street “under the police number thirty”, and subsequently he managed a military pharmacy in Lublin for six years. His work documenting the local flora was carried out wherever he lived: “Einiges zur Flora von Polen, insbesondre des Städtchens Łosice”, “Flora okolic Częstochowy” (“Flora of the surroundings of Częstochowa”) and “Spis rzadszych krajowych roślin zebranych w latach 1881 i 1882 w okolicach Lublina oraz pod Stawską Górą za Chełmem” (“Inventory of the rarer domestic plants collected in the years 1881 and 1882 in the surroundings of Lublin and near Stawska Góra outside Chełm”).

Already in his publication from 1881 on the flora of the Czestochowa region, he drew attention to the need for making field notes and precise descriptions of places where specimens were collected, which proved indispensable in his future research on the flora of Siberia. He arranged his herbarium in “natural families”, describing each genus and wrapping it in a sheet of thick blue paper. He wrapped individual species in grey tissue paper with a card marked with an inscription. Specimens from different places, but of the same species, he arranged on large format white tissue paper. Each plant was labelled with his own notes.

The herbarium collections created by him were considered to be one of the largest in Poland then. Apart from domestic plants (at least 1228 species), the collection contained cards with specimens from exchanges with European collectors, including Lajos Richter (1844-1917), Joseph F. Freyn (1845-1903), Eugene von Halácsym (1842-1913) and Ladislav Josef Čelakovský (1834-1902).  In 1885, while planning to leave the country, he sold his collection to the Warsaw Pharmaceutical Society, and “Wiadomości Farmaceutyczne”, the Society’s magazine, published Ferdinand Karo’s letter, in which the history of the herbarium was described, providing an insight into its scientific value.

Presumably his difficult financial situation (he had five children) resulted in his rather surprising decision to accept the post of manager of a military pharmacy in Irkutsk upon the Angara River. We know about the fate of the family left behind in Lublin from the custodian of the Agricultural Library in Warsaw, Wanda Sampolska, who transcribed the memories of his daughter, Maria Czarniecka: “When he decided to go east – he sold the pharmacy in Częstochowa and bought a house in Lublin near the Krakowska Gate, where my mother and the children lived. However, since the problems with the house were beyond my mother’s strength, the house was sold and we all moved to Warsaw. We always lived near Plac Trzech Krzyży, on Wspólna and Hoża streets. It was also there that my sisters got married, one of them to a doctor of medicine, Munkiewicz, the other to a music school professor, Ludwik Tisseraut. I, as the younger one, attended Mrs. Jahołkowska’s school; after graduating, I married a landowner, Roman Ossowicz, and the second time Franciszek Czarniecki, a military engineer, who died in Glasgow. One of the brothers died as a result of a tragic accident, the other ended his life in Kraków”.

Ferdinand Karo’s Siberian florist adventure began in the spring of 1887. His first job in Irkutsk lasted only two months, and then he was transferred to Nerchinsk on the Shilka River, where he spent six years. He returned to Poland and for three years managed a pharmacy in Magnuszewo. His fascination with Siberian nature made it easier for him to decide to leave again, in 1897, to work in a pharmacy in Blagoveshchensk upon the Amur River, and later in Zeyskaya Przystan upon the Zeya River, where he continued to make herbarium cards.

During his stay of several months in Poland, he was employed by the Warsaw Pharmaceutical Society as custodian of the natural history collection, which also included over 4000 of his herbarium sheets.

The next Siberian expeditions – the third (1902-1908) and the fourth and last (1910-1913) were only focused on the study of the flora of the Amur region of Manchuria (the right bank of the middle Amur River). He sent prepared herbarium cards, with specimens preserved with sublimate (mercuric (II) chloride) dissolved in spirit, to botanists in Pest, Hungary, Prague and Vienna for marking (making taxonomic diagnoses). The specimens, after being marked by specialists, were mainly bought by European universities and natural history museums. Collecting specimens in Siberia was a great challenge for the pharmacy employee. He would start his botanical expeditions at 3 a.m. and, as he recalled, he had to steal time in order to rework the plants and dry the paper in time: “Such work goes on day after day, all the summer until September; only when the first frosts come do I feel glad that I can finally rest. Mosquitoes can drive any collector here to despair; it is literally bloody work”.

Sixteen new species, unknown to science, have been described on the basis of F. Karo’s Siberian material, eight of which, after his name, are named Karoi: Astragalus Karoi Freyn, Carex Karoi Freyn, Chenopodium Karoi Aellen, Euphorbia Karoi Freyn, Linum Karoi Freyn, Pedicularis Karoi Freyn, Saussurea Karoi Freyn, Rosa Karoi Borbas. Documentation of his work were the lists of plant species collected in the surroundings of Irkutsk (1887), Nerchinsk (1887-1893), Blagoveshchensk (1897-1898, 1902-1908, 1910-1913 and Zeyskya Pristan (1898-1902, 1910-1913) published under the name Plantae Karoanae in the Vienna journal “Osterreichische Botanische Zeitschrift” by J. Freyn in 1889-1903. Karo’s herbariums were awarded at international exhibitions, for instance in 1892 in Moscow and in 1899 in Khabarovsk. Such a great research success was possible due to his diligence and conscientiousness in preparing and describing the cards.

He finished his Siberian adventure at the age of 68. Despite selling his Siberian collection of dried plants, he had financial problems and therefore decided to buy a pharmacy in Latowce, which he sold after the outbreak of the First World War. He moved to Warsaw and from 1920 he was an herbalist advisor in Adolf Bukowski’s pharmacy. His pharmacist colleagues highly valued his contribution to world science and in 1925 they once again offered him the post of custodian of collections of the Warsaw Pharmaceutical Society. The same year, the Society organised a celebration of his 80th birthday and 65th anniversary of his professional work. The jubilarian was then awarded honorary membership of the Polish General Pharmaceutical Society as well as the Polish Botanical Society. Professor Józef Rostafiński (1850-1928), Ferdinand Karo’s friend from his university years and later the director of the Botanical Garden of the University of Warsaw, said in his laudation that Karo in his life was “driven by one passion only, to study flora”.  However, Karo considered that he “worked as an ordinary honest craftsman. […] and only provided material for further scientific research”. The importance of his work for the world botany deserves to place his name among the most distinguished researchers of the world flora.

Ferdynand Karo worked until his last days. He died in Konstancin on 3 September 1927. 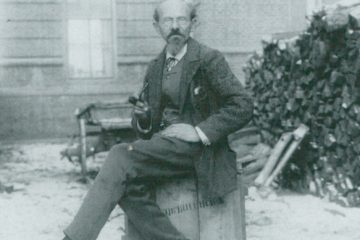 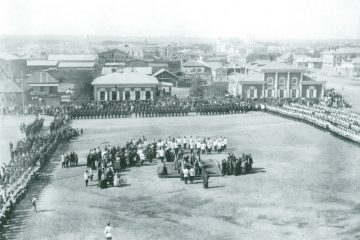 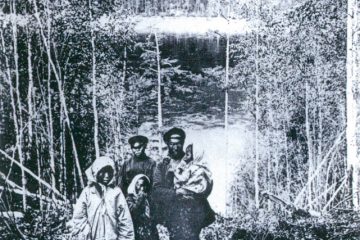 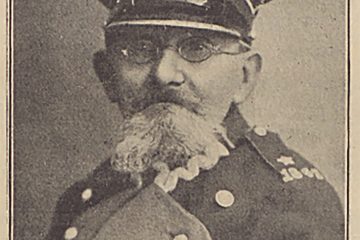 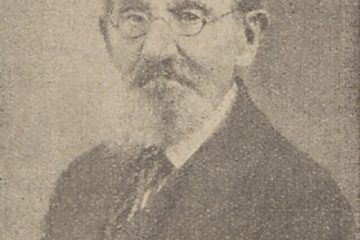 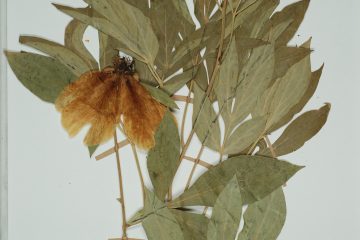 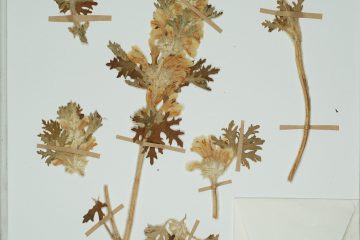 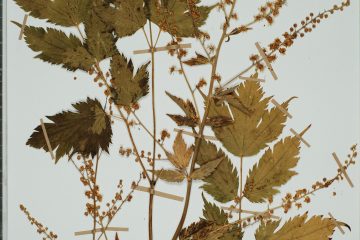