Erazm Józef Jerzmanowski was born on 2 June 1844 in Tomisławice, a small farm on the south-eastern outskirts of the then Kalisz Governorate. He came from an old noble family owning numerous estates in Wielkopolska and Kujawy. He was the son of Franciszek Jerzmanowski and Apolonia Kamila Bogumiła, née Kossowska, the eldest of five children. He initially studied at home, then became a student of Warsaw Gymnasium, the best secondary school in the Congress Kingdom of Poland at the time. Having it graduated in 1862, he continued his education at the Faculty of Civil Engineering of the newly established Polytechnic and Agricultural-Forestry Institute in New Alexandria (as Puławy was called then), when the January Uprising of 1863 broke out.

The Institute in Puławy, from the very beginning of its existence, had an extremely strong underground network. No wonder that, when the uprising broke out, its students joined the fight and, under the command of Leon Frankowski, formed an armed squad, which young Erazm Jerzmanowski also joined. Together with the “Puławiaks” (as the members of this squad were called) Jerzmanowski participated in their combat trail: the skirmish at Kurów (24 January) and the battle at Słupcza (8 February), which ended in a defeat. Many insurgents were taken prisoner by the Russians, although some of them managed to escape and reach the Świetokrzyskie Mountains, to join Marian Langiewicz who stationed there with the insurgent camp. Erazm Jerzmanowski was also one of them. Fighting alongside Langiewicz, he took part in successive battles, including the Battle of Grochowiska (18 March), when, in some unknown circumstance, together with other insurgents, he evacuated to the other side of the Vistula and, avoiding Austrian captivity, managed to get through to Kraków. There he joined the squad formed by Józef Miniewski and took part in the Olkusz expedition, which ended in defeat (2-5 May). This time Erazm Jerzmanowski also managed to avoid Russian captivity, however, he was arrested by the Austrians and, together with other insurgents escaping to Galicia, interned in the fortress in Olomouc.

In 1864 Erazm Jerzmanowski was released from prison and, as many others, emigrated to France. He arrived in Paris, where he focused primarily on his further education. He graduated from the Higher Polish School on Paris’ Boulevard Montparnasse and, due to his family relationship with the late Baron Jan Paul Jerzmanowski (1779-1862), who had been a faithful companion of Emperor Napoleon Bonaparte during his exile on Elba, he was enrolled in the elite School of Engineering and Military Artillery in Metz. There he studied mathematics and chemistry, which proved very useful in the future. Undoubtedly, the choice of such an educational path was a continuation of Jerzmanowski’s earlier intentions, which were to gain a technical education and start working as an engineer. He graduated in 1868, with the material support of the Duke Władysław Czartoryski, and as a result of his intercession, began working for the Paris Gas Company. Surprisingly, Jerzmanowski rather avoided the Polish emigrant community in Paris, perhaps being discouraged by its internal conflicts. In fact, he was an eye-witness of one such disputes, which was duly noted in the reports of Russian spies in the French capital. During the Franco-Prussian War of 1870, he fought as a French officer in the division defending Paris, in recognition of which he was awarded the Cross of the Legion of Honour.

After the end of the war, in autumn 1871, Erazm Jerzmanowski was sent to the United States as a representative of the aforementioned company. He sailed there on the steamer “Scotia”, made famous in Jules Verne’s novel. He initially settled in Buffalo, where he had the task of popularising of the method, invented by the Frenchman Cyprien Tessié du Motay, of using water gas (a flammable gas obtained during the reaction of coal, natural gas or light hydrocarbons with steam in the presence of catalysts) for lighting city streets. However, his mission was unsuccessful and Jerzmanowski moved to New York in 1873, where, he began working for the Municipal Gas Company. At that time, he married Anna Koester (1856-1912), an American of German origin. Jerzmanowski was very enthusiastic about his work and, with his knowledge and ingenuity, he significantly improved the method of obtaining water gas invented by du Motay. He also invented a special generator, called the “Baby”, which facilitated obtaining it. Jerzmanowski patented each of his ideas, which made him extremely wealthy in a relatively short time. In total, he was the sole author of 19 patents and co-author of 3 more. In 1882 he became, along with William Rockefeller, one of the founders of the gas company The Equitable Gas Light Company of New York, which quickly became a monopolist and a kind of hegemon on the gas market in the field of municipal street lighting not only on the East Coast of the United States, but also in its central part. Jerzmanowski headed the gas company for nearly 12 years, first as vice-president and then as its president. He became known not only as an ingenious inventor, but also as an excellent businessman. In fact, he was regarded as the richest Pole in the United States at the turn of the 1880s and 1890s. In 1894, with an estimated fortune of over two million dollars, he was ranked 96th on the list of American millionaires. Therefore, he enjoyed great interest not only of the Polish but also of the American press, especially as he was regarded as the example of an emigrant who earned a considerable position thanks to his own work. It is also worth mentioning that Jerzmanowski received American citizenship in 1877.

Being at the peak of his financial success, however, Jerzmanowski noticed the intense economic changes that were taking place, decided to leave all business activities in 1895. He sold his shares in the gas company and in 1896, together with his wife Anna, left the United States. Since he could not return to the Russian occupied territories of Poland, he moved to Galicia, where he purchased a land property in Prokocim, near Kraków.

From the mid1880s, Erazm Jerzmanowski was involved in extremely extensive philanthropic activity. He assumed that having gathered considerable fortune himself, he should use it to the benefit of the Polish society, especially of the one living in the occupied Polish. He supported financially a great number of undertakings, associations and organisations. He also financed the participation of the American Polonia in the National Exhibition in Lwów in 1894 and donated funds for the construction of monuments of the January Insurgents in Rzeszów, Tadeusz Kościuszko in Rzeszów and Chicago, and Fryderyk Chopin in Paris. He donated various amounts of money for the reconstruction of the Wawel Castle (for whose cathedral he also funded the famous Mehoffer stained glass windows), he purchased Polonica and presented them to the collections of the Polish Museum in Rapperswil (he was a member of its Council) and the Jagiellonian Library in Kraków. He was a founding member of the Kraków Animal Care Society, and provided financial support for the construction of the Women’s Dormitory in Kraków, the Teachers’ Association in Kraków, the Society of Scientific Aid for Polish Girls in Wielkopolska, the Society for Holiday Camps, as well as the Józef Mianowski Fund, the Folk Education Society, the Stanisław Staszic Society in Lwów, the Karol Marcinkowski Society for Scientific Aid in Poznań, and Father Siemaszko’s boys’ shelter in Kraków. He financed the construction of schools in Biała, Szczawnica, Krzyszkowice, Prokocim, and supported the construction of the Polish gymnasium in Cieszyn. As a great proponent of the work at the grassroots (organic work), in 1891 he donated the sum of 20,000 Koruna (thus becoming the founder) to the Folk School Society founded by a great Polish poet, Adam Asnyk. Thanks to his initiative and funds the “Lud Polski” (“Polish People”), a magazine addressed to the rural population, was also active. Moreover, the situation of the veterans of the January Uprising was particularly close to Jerzmanowski. Therefore, he supported the hospice and canteen for the January Uprising veterans at Kazimierz in Kraków, founded by Friar Albert (Adam Chmielowski), as well as the Mutual Aid Society of the Uprising Participants 1863-1864. He also provided help to the dwellers of Wielkopolska and Galicia, who suffered from natural disasters (e.g., floods). He frequently emphasised his commitment to the Catholic religion and its role in his emigrant life. Being aware of its importance in the life of Polish society, he donated large sums of money to the construction of churches: in the United States (St Anthony of Padua in Jersey City, St Stanislaus in New York) and on Polish soil (Holy Trinity in Okopy, Szczawnica, and Zakopane). He was awarded the highest honour at the time for his extensive charitable work by the Holy See. In 1889, the Pope Leo XIII granted him the dignity of Commander of the Order of Saint Sylvester, which was an extraordinary act of support for Jerzmanowski’s social activities and his involvement, as a lay person, in the social life of the Church.

Erazm Jerzmanowski was aware of the difficult situation of Polish emigrants coming to America. In numerous appeals published in the Polish press, he strongly warned against unwise emigration to the United States. In 1886, wishing to facilitate the newcomers’ first steps on American soil, together with Wincenty Żołnowski and Karol Chłapowski, among others, he founded the Central Charity Committee in New York. Its activities were focused on providing accommodation and assistance in finding work for incomers. It is worth noting that this was the first such well-thought-out and organised institution addressed to Polish emigrants. Jerzmanowski not only maintained the Committee’s office and its staff, but also, due to his own connections, tried to help refugees find work. He was also involved in the work of Polish trade union organisations. He was a member of the Polish National Union and the president of its New York branch. He was also a representative and passionate proponent of the idea of the National Treasury, which was to be a kind of an endowment for the future rebuilding of independent Poland. Understanding that only the unity of numerous American Polonia organisations could play an important role in lobbying for the Polish cause, he strove to unite them, becoming the first president of the Polish League in Chicago, established in 1894, for a period of several weeks.

The Erazm and Anna Jerzmanowski Award Foundation (Fundacja Nagród im. Erazma i Anny Jerzmanowskich), established by his last will, became Erazm Jerzmanowski’s greatest legacy. It was administered by the Academy of Skills (Akademia Umiejętności) in Kraków, and its material basis was the substantial sum of 1,200,000 crowns. The Award – often compared by the press of the times and the President of the Academy, Stanisław Tarnowski, to the Nobel Foundation and hence referred to as the Polish Nobel – was to be granted annually to a Pole (ether a man or a woman, which was clearly stated in the foundation act) for outstanding scientific, literary or humanitarian achievements. It was granted for the first time in 1915, and its laureate was Adam Sapieha, the Bishop of Kraków. The following years it was presented to, among others: Henryk Sienkiewicz, Ignacy Jan Paderewski, Napoleon Cybulski, Oswald Balzer, Benedykt Dybowski, Jan Kasprowicz, Sister Maria Samuela, Stanisław Zaremba, Władysław Abraham, and Aleksander Brückner. The Award was presented for the last time in 1938. After the Second World War and the closure of the Polish Academy of Skills by the communist authorities, the memory of the Award and its founder survived only in a narrow circle of historians of science and the citizens of the Kraków Prokocim. In 2009, the Erazm and Anna Jerzmanowski Award has been relaunched and it is granted annually to outstanding Poles for their scientific achievements or social activities. The laureates of the Award are: Janina Ochojska, Maciej Władysław Grabski, Krzysztof Penderecki, Anna Dymna, Adolf Juzwenko and Sister Małgorzata Chmielewska. 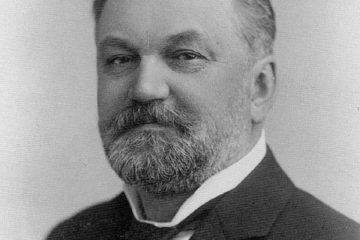 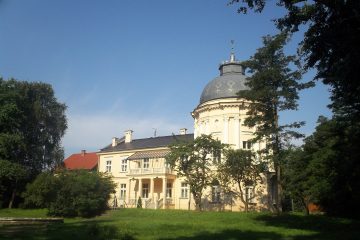 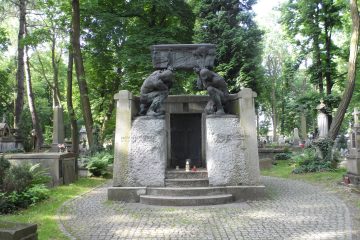 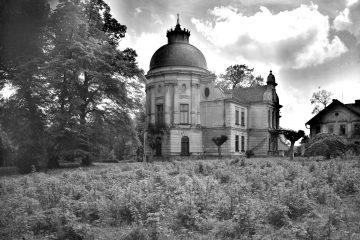 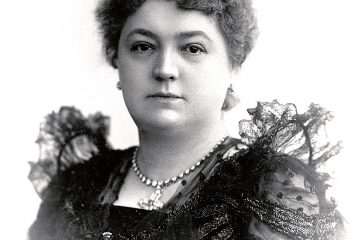