Władysław Żebrowski was born around 1898 in the village of Surowe in the Kurpie region (now the Mazowieckie Province, the Ostrołęka County), to a peasant family, as the fourth son of Józef and Anna, nee Kozon. He did not complete any school; he only attended secret Polish and maths lessons, taught at private homes at the time, as well as apprenticeships in various craft workshops. In 1925, he applied as a candidate to the Order of Friars Minor Conventual (one of the branches of the Franciscan Order) in Grodno, and accepted the religious name Zenon (eventually he became commonly known as Friar Zeno, as he was called by the Japanese). In the monastery he met Father Maximilian Maria Kolbe (1894-1941) and soon became one of his assistants in technical matters related to the publication of the monthly “The Knight of the Immaculate”. In 1927, Friar Zeno began his novitiate and moved with Father Maximilian and a group of friars to Teresin near Warsaw, where they founded a new monastery and named it “Niepokalanów”. In 1928, Friar Zeno completed his novitiate and made his temporary religious vows.

In 1930, Friar Zeno took part in Father Maximilian’s missionary journey to the Far East, which for the founder of the “The Knight of the Immaculate” turned out to be an episode of a few years, while for Friar Zeno it was a mission for the rest of his life. After an unsuccessful attempt to establish activity in Shanghai, on 24 April 1930, the three Polish friars, led by Father Kolbe, arrived in Nagasaki, where they found a friendly environment for their missionary and publishing work. A month after the Polish friars’ arrival in Nagasaki, the first issue of the Japanese version of “The Knight of the Immaculate” was published (the monthly still appears in Japan under the title “Seibo no Kishi” – literally in Japanese: “The Knight of the Holy Mother”). In the spring of 1931, the Polish Franciscans succeeded in completing the construction of a monastery which they called “the Japanese Niepokalanów”. The monastery soon gained new friars, both Japanese and Polish. In 1932, Friar Zeno made his perpetual religious vows there.

In the 1930s, in Japan the militaristic and anti-foreigner attitudes gradually intensified, however the Polish Franciscans, settled in Nagasaki by father Kolbe (who returned to Poland in 1936), managed to survive there, with relatively little difficulty, the whole period of the war in Asia and Pacific (1931-1945). The monastery, due to its peripheral location, did not suffer when the atomic bomb was dropped on Nagasaki on 9 August 1945, and shortly afterwards it became the centre for the transfer of American humanitarian aid to the local population.

The mission – a human being

On 6 January 1946, a Buddhist monk brought to the Franciscan monastery in Nagasaki two children, who had lost their parents in the nuclear attack, and asked Polish missionaries to take care of the orphans. The accounts of this event vary in detail; according to the recollections of some witnesses, there were three children, and the date was a few days earlier. It is certain, however, that the number of orphans being cared for by the missionaries rapidly increased. In April 1947, the orphanage, known as the Garden of the Knights of the Immaculate (Seibo no Kishien in Japanese), already had 300 children. Friar Zeno received from his superior, Father Mieczyslaw Mirochna, the task of collecting homeless children who were staying at railway stations (a common phenomenon in Japan shortly after the war). The mission marked the beginning of the friar’s numerous travels across the Japanese Archipelago.

In 1945-1978, Friar Zeno carried out charitable work on a nationwide scale, and over time its scope was extended to include homeless adults, victims of natural disasters and special needs children. During the years of post-war Allied occupation (1945-1952), Friar Zeno crossed Japan by rail, enjoying the privileges of American soldiers (the personnel of the occupation forces were not enforced to pay for tickets, and the white missionary was perceived as one of them). During the 1950s and 1960s, he regularly obtained first discounted and then free tickets for all lines in the country from the state management of the Japan Railways. According to numerous testimonies by his contemporaries, his lack of thorough knowledge of both Japanese and English was made up for by his constant activity, personal charm and great practical sense. The geographical range of his travels was impressive: from the southern island of Kiusiu, on which Nagasaki is located, and the adjacent islets (Amami Ōshima) to northern Hokkaido, where he supported frost victims in the 1960s.

Apart from distributing food and other necessities, Friar Zeno also became known as a builder who supported the homeless as well as organiser of sports competitions for children in poor neighbourhoods. In the 1950s, he contributed to the promotion of the pioneering homeless initiative “The City of Ants” (in Japanese: Ari no Machi) in Tokyo – they created an autonomous settlement whose inhabitants earned their living and performed a socially beneficial role by recycling raw materials. Friar Zeno drew attention to them in the press and supported similar projects in other districts of the capital city and in other cities in Japan (at least 16 such organisations have been founded throughout the country).

The activity of friar Zenon was widely published in the Japanese media, including the mainstream ones. At least 350 press articles, several books (including two photo albums), an animated film as well as a stage musical have been dedicated to it. In the country where the percentage of the population belonging to the Catholic Church fluctuates around one per cent, the long-standing presence of a Polish monk on the pages of not only local, but also national newspapers should be considered an exception. During the first years after the war, this was undoubtedly facilitated by the specific conditions of the Allied occupation, for which the intermediation of the Franciscan friar in the transfer of humanitarian aid from the occupying forces was convenient for both practical and propaganda reasons. Nevertheless, Friar Zeno remained active and well-known even after the occupation, when his role changed to mediating the distribution of goods between the rapidly growing areas of the central island of Honsiu and the poorer peripheries. In recognition of his many years of charitable work, Friar Zeno was honoured by the Japanese government in 1969 with the Order of the Sacred Treasure of the Fourth Class, awarded to foreigners of special merit to Japan, and in 1976 with the Golden Cross of Merit by the communist authorities of the People’ Republic of Poland.

Since 1978, Friar Zeno was permanently hospitalized in Tokyo due to his deteriorating health as a result of old age (he suffered from arteriosclerosis). In 1981, however, he managed to meet with Pope John Paul II during his pilgrimage to Japan. The monk’s death on 24 April 1982 was reported on the front pages of the leading Japanese newspapers. One of them, the “Asahi Shimbun”, honoured Friar Zenon while he was still alive as the only Pole with a note in the volume entitled “Asahi Shimbun 100 nen no kiji ni miru gaikokujin no ashiato” (Traces of foreigners in the articles of the “Asahi Shimbun” over a period of one hundred years), published in 1979 to celebrate the centenary of the newspaper. In the same year, the monument of Friar Zenon was unveiled, which was a joint work of two sculptors: the Pole Adolf Ryszka and the Japanese Togashi Hajime (the main sponsor of the project was the Fuji Charitable Foundation, in Japanese: Fuji Fukushi Jigyōdan). The monument is located in Fuji Reien Memorial Park (Shizuoka prefecture) at the foot of Japan’s highest mountain. 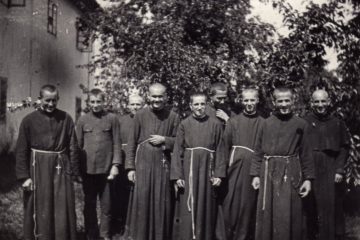 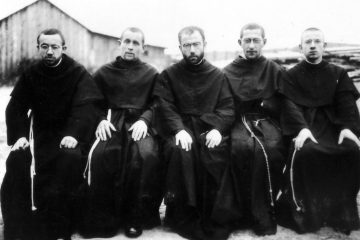 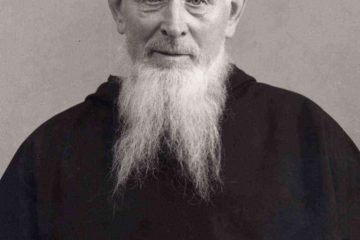 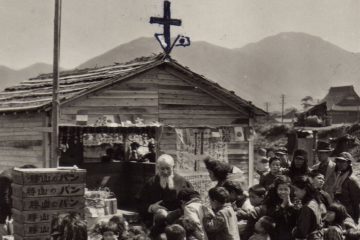 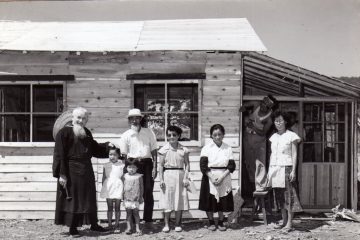 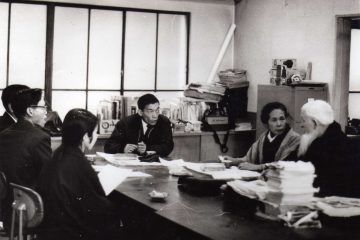 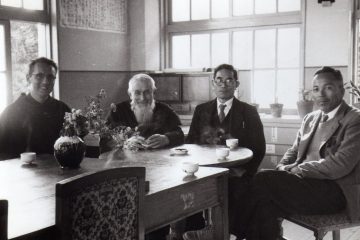 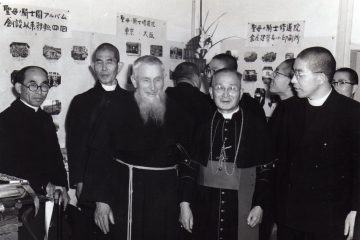 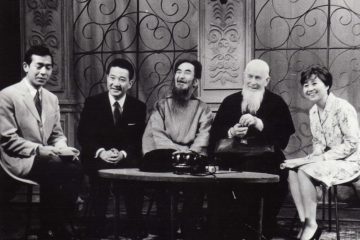 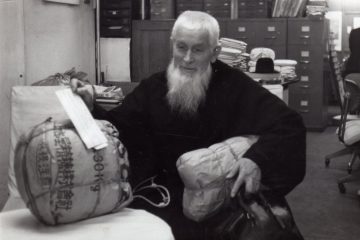 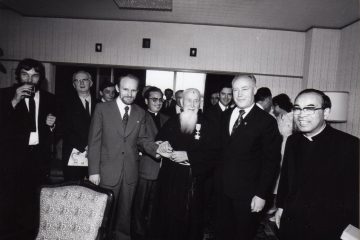 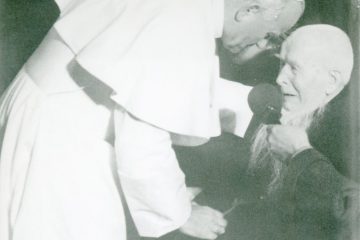 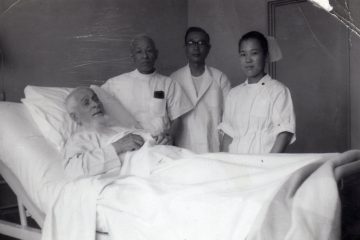 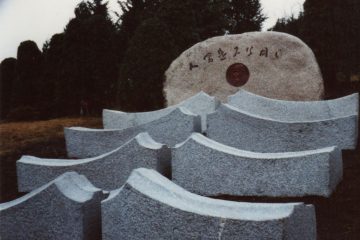