Benedykt Dybowski - discoverer of the mysteries of Baikal

He was born on 12 May 1833 in Adamaryn, into a noble family of the Nałęcz coat of arms, to Jan and Salomea née Przysiecka. He attended secondary school in Mińsk Litewski, and after graduation began studying natural sciences and medicine at the University of Dorpat. Being denounced for participating as a second in a duel, he had to go for further studies to Wrocław, and then to Berlin. In Silesia, he met Jan Dzierżoń, and under his influence began research in the field of beekeeping. The result was a dissertation on parthenogenesis of bees, for which Dybowski received the degree of Doctor of Medicine in 1860. A year later he returned to Dorpat, where he had his diploma recognised and he resumed his scientific work.

While still a student, he belonged to the Student’s Abstinence Circle (he was its founder), and as a university graduate – to the Patriotic Society associating Polish youth in the Russian Empire. At the request of the society’s authorities, he organised a patriotic demonstration in Vilnius, during which on 8 May 1861, on St. Stanislaus’ Day, the song Boże, coś Polskę (God, Thou Hast Poland) was sung. The group of singers was investigated and then sent deep into Russia. In spite of his resettlement Dybowski did not abandon his research and in 1862 at the University of Dorpat he presented his second dissertation concerning the carp fish in Livonia, for which he received the diploma of doctor of medicine and surgery.

Dybowski’s works were noticed in the scientific circles, so the Jagiellonian University offered him a chair of zoology, which, however, was not accepted by the Austrian authorities. In December 1862, Dybowski was appointed assistant professor at the Main School in Warsaw, where, apart from teaching, he enlarged the existing school’s collections of the Zoological Cabinet. In 1863, after the outbreak of the January Uprising, he joined the National Government and travelled to Ukraine as its emissary. His mission was facilitated by his efforts to obtain a chair at the University of Kiev. Moreover, under a false name, he stayed in Kraków and Prague, where he made contact with Polish emigrants. After returning to Warsaw, he took an active part in the Uprising, however, in February 1864, he was betrayed by his companions, arrested and imprisoned in the Pawiak prison, and subsequently in the Citadel’s X Pavilion. He was subjected to several months of investigation. Dybowski was threatened with death penalty for making the meetings of the uprising organizers in the zoological auditorium at the Main School, but it was mitigated due to the intercession of Professors Grube and Reichert. Dybowski was sentenced to 12 years of hard labour as well as deprived of all rights and property.

He and other deportees were taken by rail through St. Petersburg and Moscow to Nizhny Novgorod and then by “kibbits” to Tobolsk. From there, in early December, on carts and in winter on sleighs, Dybowski reached Irkutsk, a city from which small groups of deportees were transported to their final destination. In the spring of 1865, Dybowski was sent to Sivakova near Chita. Since forced labour did not require time every day, he devoted his spare moments to his studies and medical practice. He managed to bring with him a first-aid kit, some books and various medical instruments, so he selflessly treated both his companions and the surrounding population. Poles, who worked as clerks in Siberia, helped him to resettle to Darasun on the Tura River, where he conducted his own research on the nature of Siberia (mainly ornithological). In 1868, after another two years and with the support of the local authorities (General Bolesław Kukiel) Dybowski’s exile was eased and he was allowed to live in the village of Kultuk at the south-western end of the lake Baikal.

Initially, in spite of his attempts to obtain support from scientific societies, Dybowski carried out comprehensive research of the lake at his own expense (he borrowed some money from doctor Józef Łagowski). Together with Wiktor Godlewski, also an exile, they began their work in winter with the use of extremely simple measuring devices due to the scarcity of funds. Despite the severe frost, up to minus 40 degrees Celsius, they pulled sledges with instruments, spun long ropes and chopped holes in the ice. Over time they improved their equipment, began to use nets, buckets and probes, and even built a sleigh with a heated hut, where they could live for several weeks without leaving the surface of the ice covering Baikal. The efforts of the two explorers disproved the prevailing belief in the poverty of the animal world in the lake – they discovered various species of crustaceans, fish and molluscs. Then, after the winter had passed, in mid-May, they focused on the study of the terrestrial fauna and flora. In 1870, Dybowski and Godlewski were awarded the gold medal of the Russian Geographical Society for their work describing the south-western region of Baikal.

Dybowski was mainly focused on zoology, although he was also interested in climatology, meteorology and geology. He spent winters primarily exploring the lake. He carried out research into the bottom sediments of Baikal, and in 1876 he was the first in the world to make serial thermal measurements of the reservoir, proving that it was deeper than it had been thought. It was widely believed to be around 1,000 metres deep, while Dybowski managed to find a spot 1,372 metres deep. He also demonstrated the existence of two pools of water separated by underwater uplifts (the current state of knowledge indicates three pools of water and 1,620 metres of depth). His research made him one of the pioneers of limnology, a science based on a comprehensive study of inland water reservoirs.

He also set off to other regions of Siberia. He visited lake Khubsugul in Mongolia with Wiktor Godlewski, Aleksander Czekanowski and Stanisław Wroński. He explored the Daurian steppes and travelled in the Chamar-Daban mountains. In 1869 [1868(?), according to PSB], he took part, as did Mikołaj Przewalski, in an expedition of General Ivan Skokow to the Amur River basin (a cruise on the Amur and Ussuri). In 1870, he visited the area around Aksha on the Onon River, and in 1872-1875 he organised individual expedition to the Amur and Ussuri basins, the area around lake Khanka and the Sea of Japan. Its main purpose was zoological research, mainly ichthyological and ornithological. Dybowski was accompanied by Wiktor Godlewski and Michał Jankowski (collector). In the course of the expedition a number of bird and fish species were discovered, and rich ethnographic and mineralogical collections were gathered. Many of the specimens were sent to Warsaw, to the Zoological Cabinet, where Władysław Taczanowski was employed and who on their basis wrote a paper on the birds of Siberia.

Despite his successes, Dybowski failed to win the support of Russian scientific institutions, and his ideas for new expeditions were not recognised by the government. Some of his works were not published because they undermined the results of earlier research carried out by Russian researchers. Only the intervention of General Oktawiusz Radoszkowski and the financial support of Count Konstanty Branicki caused the results of Dybowski’s research to be published in 1874.

His work (Beiträge zur näheren Kenntnis der In dem Baikal-See vorkommrnden niederen Krebse aus der Gruppe der Gammariden, St. Petersburg 1874) gained recognition in the scientific world, and the pressure exerted on the Russian authorities by numerous scientists caused Dybowski and Godlewski to be amnestied. They were allowed to return to the country. In the case of the former, this happened in 1877. Although his Warsaw friends, mainly Władysław Taczanowski, wanted Dybowski to stay, and even found him employment, he decided to set off again for Eastern Siberia driven by his passion for research. In 1879-1883, he stayed as a doctor (the only one!) in Petropavlovsk on Kamchatka. During this time, he travelled around Sakhalin, collecting rich materials about the Ajany Mountains. Once a year he toured the peninsula, bringing medical help and collecting more zoological specimens. He travelled by dog sled (in the winter, four times) or on horseback (in the summer). He also visited the Komandorski Islands, where he occasionally took an interest in the local dialect and languages. The Russian authorities appreciated his research, awarding him the Order of St. Stanislaus and the title of State Councillor. As previously, Dybowski sent his natural and ethnographic collections to the museums in Warsaw and Lwów.

He was offered a chair at one of the Russian universities (in Tomsk or St. Petersburg), however, he accepted the offer of the University of Lwów – on 24 December 1883, after returning from the Far East, he was appointed professor of zoology and comparative anatomy at this university. He returned by sea, gathering new collections that he donated to the university museum.

In his home country he was engaged mainly in didactic work and social activities. He belonged to the pioneers and popularisers of Darwinism in Poland. In 1895-1896, Dybowski and his students went on a journey to the island of Cres and the lake Balaton. In 1886-1887, he held the post of the dean of the Faculty of Philosophy. He worked as a professor at the University of Lwów until 1906, after which he retired, however he did not neglect his research. During the First World War he was interned and stayed with his family in the Novogrodek region. After returning to Lwów, he reconstructed the collection of the university museum, which had been disintegrated due to the war. He survived the battles for the city in 1918-1919.

He published over 350 scientific papers and articles, of which about 60 concerned Siberia and the Far East. 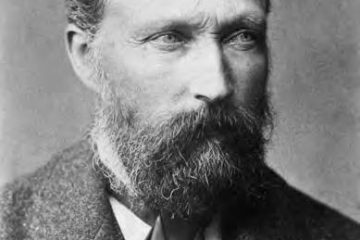 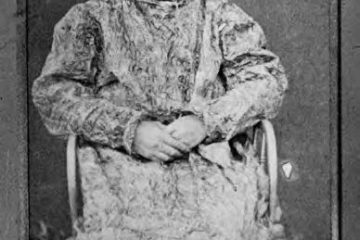 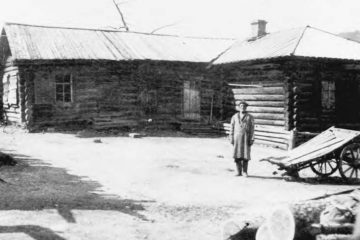 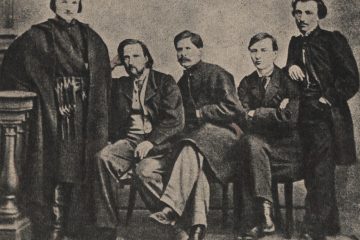 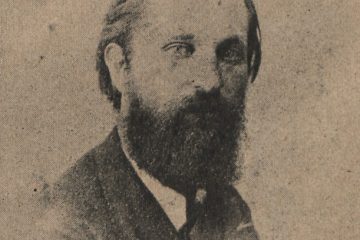 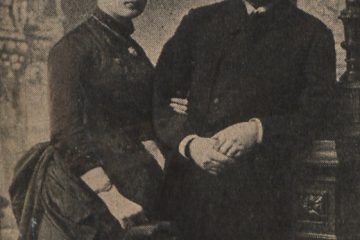 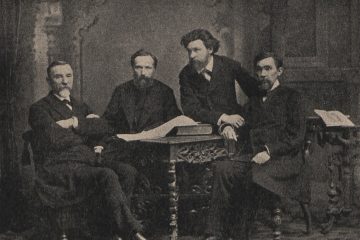 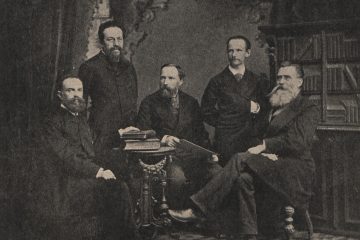 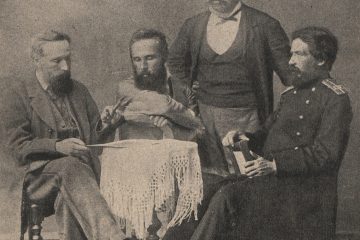 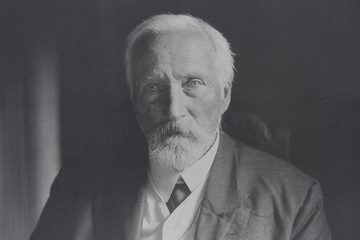 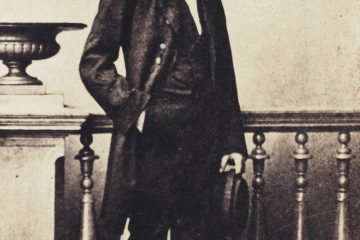 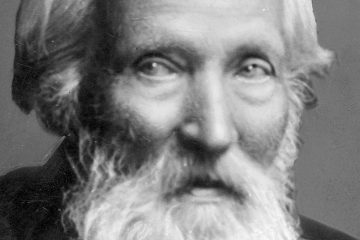